Breaches on the Bay is the second quest in the Psijic Order quest line that takes place in Iliac Bay, a region that encompasses three maps. You’ll need to find and seal nine breaches – three each in Glenumbra, Stormhaven and the Alik’r Desert. After you seal all of them, you’ll advance to the second level of the Psijic Order, and get the second part of the Psijic Regulator achievement / trophy, called Psijic Pursuer. In this guide, we’ll show you how to complete Breaches on the Bay quest, where to find all time breaches in Iliac Bay. 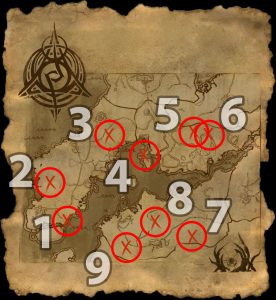 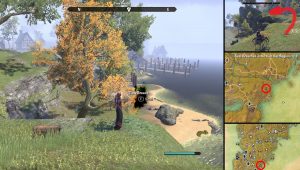 The first on our list is located in southern Glenumbra, north from Daenia Dolmen, southeast from the Baelborne Rock Wayshrine, south from Deleyn’s Mill. Do not follow the shore line – make your way across the river from the northern road. There is a narrow opening between the mountain to your right and the hill to your left, close to the small waterfall. The opening leads downhill, past a painter’s equipment. The first time breach is near the end of this path, above the shore. 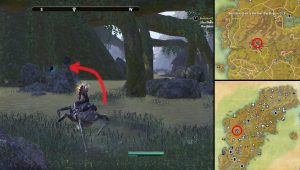 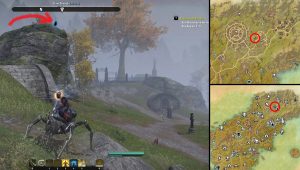 For the final Glenumbra seal, you should head toward the north if area, where the Burial Mounds are. This zombie-infested area is south from Crosswych Wayshrine, southwest from Crosswych town. You’ll find the final portal in the western part of Burial Mounds, on a small hill above a crypt. 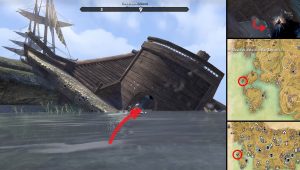 The first Stormhaven time breach on our list is in the western part of the map, in the Koeglin Lighthouse area. This is south from Koeglin village, and west from Bonesnap Ruins. Once you’re in this part of the map, find a sunken quarterdeck. Go below the top deck, into the captain’s cabin, which is partially underwater. This is where you’ll spot the time breach. 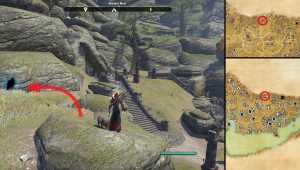 For the next one, head to the northern part of the map, where the Moonlit Maw mountain entrance is. The Pariah Abbey Wayshrine is south from it. You’ll see two stone staircases there. They lead into the Moonlit Maw. The time breach is next to the western one, hidden on top of a small hill. 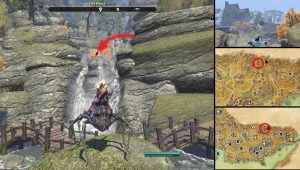 The last Stormhaven location is east from the previous one. You’ll need to head toward Cumberland Falls, north from Wind Keep. Follow this curvy road, and as you go across two tiny wooden bridges, pan your camera toward the top of the small waterfall. This is where the final breach is. 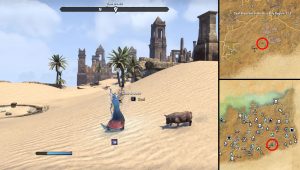 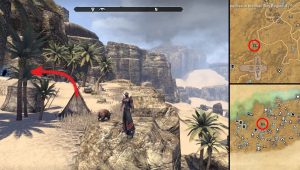 The next one is close to yet another ruin – the Tu’whacca’s Throne in central Alik’r Desert. Head west from Kulati Mines Wayshrine toward the Easterly Aerie. You’ll have to detour a bit from the road, and climb a higher plateau. The time breach will be in the small camp. 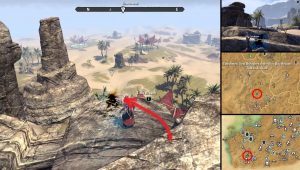 For the final one, you need to head to the south-easternmost part of the map, to the Salas En ruins. Head toward the Warrior Mundus Stone from the Morwha’s Bounty Wayshrine. This is our goal. Follow the road and climb to of this higher level area. Follow the path on your right there, and you’ll find the last breach close to the edge of the plateau.