loading
« Back to Map of all ESO Skyshards in Tamriel

On a lonely isle staring out across the Abecean.

Guide:
Shard is located in the southwestern part of Gold Coast, on the only island in that area.

Once you reach the main city called Anvil, go southwest from it. If you open up the map, you can spot the small island just west from the city. The skyshard is positioned just between a boulder and a large tree and you can’t see its glow until you get real close. 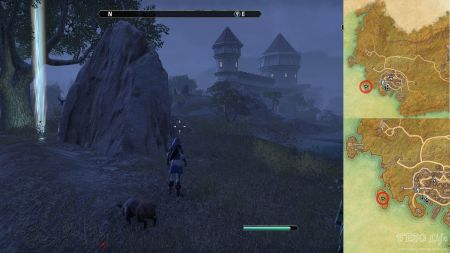 Click on the thumbnail to see the original image.
Permalink
↑ Back to Top ↑
2.

Proudly displayed near the Caretaker’s home.

Guide:
It is positioned in the northwestern part of the Gold Coast, between Knightsgrave ruins (to the west) and Colovian Revolt Forger Yard (to the east).

This one is one of those that don’t hide their whereabouts at all. Once you start ascending through this area you’ll spot it from a distance. It is on a boulder, dominating the area, like a lighthouse.

In the nearby Forge Yard you can craft Pelinal’s Aptitude Set. It offers around 1485 maximum health for two set pieces, 180 stamina recovery for three, 180 magicka recovery for four set pieces. If you equip five pieces of the set you gain buff: “your weapon and spell damage both become the highest of the two values”. 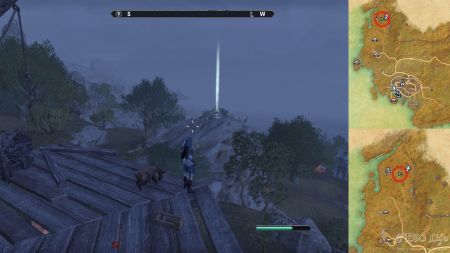 Click on the thumbnail to see the original image.
Permalink
↑ Back to Top ↑
3.

Nestled in the arm of the eastern watchtower.

Guide:
In southeastern part of the main island, just south from Kvatch city and its wayshrine.

If you start ascending toward Kvatch you’ll spot some ruins to your right. There is a half ruined tower with a couple of walls hanging on. You might not be able to see the shard’s glow from a distance, but if you go down into the ruins you’ll surely see it. There are some Minotaurs in the area, but if you come in sneaking, you can avoid them until you pick up the skyshard.

East from it there is an area of interest – Varen’s Wall Gatehouse, while going north you can find Kvatch’s Arena, one of the most fun group boss fights. 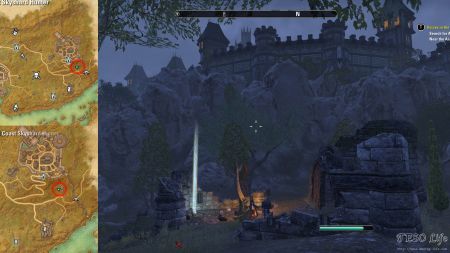 Click on the thumbnail to see the original image.
Permalink
↑ Back to Top ↑
4.

Pulled from the ground in a strange harvest.

Guide:
Head to the southeastern part of the island, just east from the tower Enclave of the Hourglass and Strid River Wayshrine.

If you follow the southern Gold Coast shoreline, just before the area of interest called Varen’s Wall Gatehouse, you’ll spot a farm house. There are some agricultural fields, close to the house, edged with wooden fences. The one closest to the house has a field with many pumpkins. This is where you’ll find the last of outdoor skyshard. It has a rather unique name, and you’ll see why it named the way it is once you find its location. 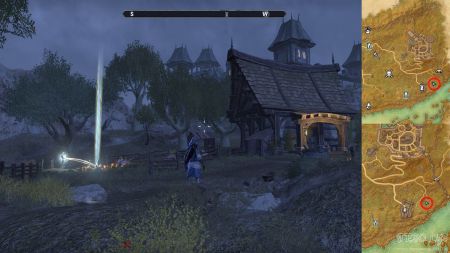 Click on the thumbnail to see the original image.
Permalink
↑ Back to Top ↑
5.

Hidden away where only spelunkers will find it.

Good thing there is a delve map, since finding its entrance would be a major problem without it. The reason is the very small delve entrance door. If you come from the south, you should spot it close to several rock boulders. Go inside to enter the Hrota Cave solo dungeon.

At the start of the dungeon you find Mel Adrys who gives the quest “The Vampire’s Prey”. It can be done easily for extra experience.

For the shard, head to the northeastern part of Hrota Cave. To reach some of the dungeon’s rooms, you’ll need to go through the hidden passages. They are just like the doors, you have to open then in order to reveal hidden paths. If you are being chased by enemies, be sure to deal with them first, or you might be unable to use the passage. The room, in northeastern part of the delve, is small like the other ones, you won’t have problem spotting its main prize. 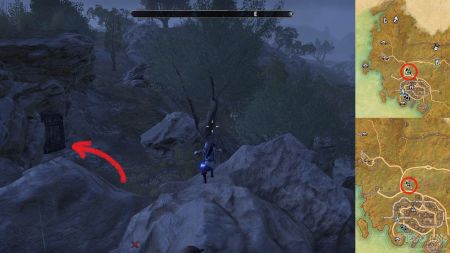 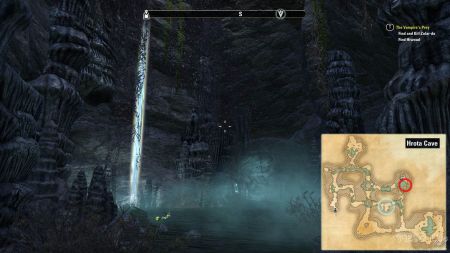 A treasure of the Gold Coast, kept in a stolen vault.

Guide:
I consider this one to be an underground skyshard, as it is found inside a public dungeon – Garlas Agea, northeast from the main city – Anvil, south from Gold Coast Wayshrine.

If you come to the dungeon’s area, you’ll spot a vast number of stone arches. Follow the path underneath them, until you reach the door that leads into the delve.

The Garlas Agea shard is found in its southeastern part. It is not hidden by any means. You’ll spot it as soon as you enter this room. It is located just next to the food cart, close to some of the dungeon inhabitants. 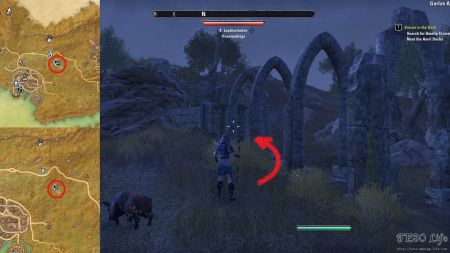 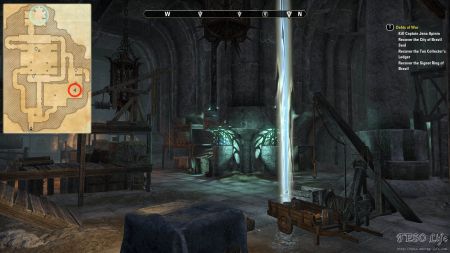 Permalink
↑ Back to Top ↑