Hew’s Bane is an area located in western Tamriel. It has one large settlement, called Abah’s Landing, which you can teleport to. You can only reach this area if you are an ESO subscriber, or you bought the Thieves Guild DLC, which adds this new zone. ESO Hew’s Bane treasure map locations guide will show you the exact locations of the two dig spots from the cryptic maps. 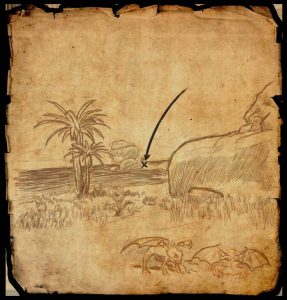 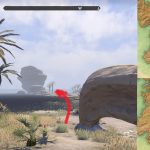 The dig spot is a bit far from the location where the picture was taken. 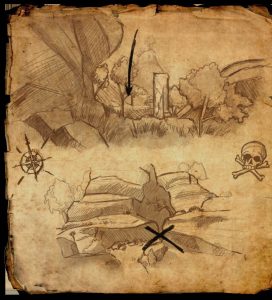 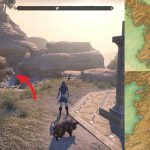 West from the shrine, on your left, after the small passage.