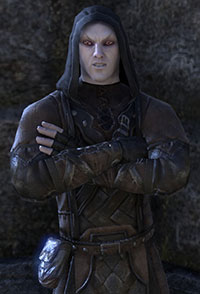 You have surely heard by now that you can become a Werewolf or Vampire in Elder Scrolls Online. Information on how exactly this is done is scarce. The following article will try and give detailed instructions on how to become a vampire along with maps of bloodfiend spawn locations and detailed explanations of pros and cons of becoming a blood sucking monster.

In order to become a vampire you need to contract a condition called Vampirism, which you get if you get bit by a Vampire. The trick is that not any old vampire bite will do the trick. There are Bloodfiends that spawn only at certain spots in certain zones that can give you this disease. They spawn in level 37-44 zones of each faction, which means they spawn in Bangkorai, the Rift and Reaper’s March. They only spawn at night at one of several spawn locations. Once killed they do not respawn until some other night. Some say they only spawn during a certain moon phase. It is rumored that this phase seems to last 1.5 real days, and the phase repeats every 8 days. I found one of their spawns in Bangkorai east of Pelin Graveyard POI (south of the city of Evermore) and I will mark two other rumored locations on the map bellow. 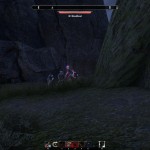 Bloodfiends spawn in a group of three 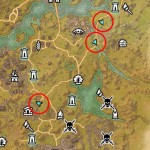 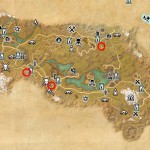 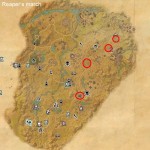 Once you contract Vampirism you should go to a nearby wayshrine where you’ll get to start the quest Scion of the Blood Matron. This is a level 38 quest that once completed grants you the Vampire skill line.

Alternative way of getting Vampirism

There is a passive skill you get in the Vampire skill line called Blood Ritual. This allows player that already has vampirism to spread it to other willing players once a week. This can be done only in front of the Vampire altar. After that you should be able to start the quest Blood Matron, at the ritual altar by clicking on the glowing scroll. Bellow is the image of the altar and its map location in Bangkorai. We hope to add other faction locations very soon. 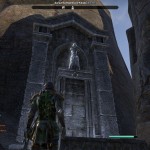 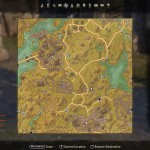 Vampirism requires you to periodically feed. This means that you have to sneak behind a warm blooded creature (stay invisible by either sneaking, using a class ability or using the invisibility potion) and use the Feeding ability once prompted. If you fail to do so in a certain amount of time (30, 60, 90 minutes) you will get the next stage of vampirism. Each stage carries a debuff and lower magicka cost of vampire skills. Here are the stages and debuffs:

Appearance of your character also changes as you progress through vampirism stages (paler complexion, red eyes). You are also susceptible to higher damage from fighter’s guild skills so in PvP players with the appropriate fighter’s guild passive can do ridiculous amount of damage to Vampires.

You can cure vampirism completely. You just need to visit the same NPC that started the Vampire quest and he will tell you that instead of going to the Vampire matron you can visit a priest of Arkay in a nearby town who will remove the disease for a price. 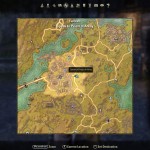 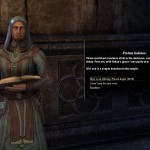 For a symbolic fee he will remove Vampirism completely

You can check out Vampire skills and their effects in our Skill Calculator In the WORLD skill line section. There are only two active spells and a super cool Ultimate. One active spell stuns the target and leeches their health while replenishing yours (as well as stamina) and the other makes you immune to control magic and gives 75% avoidance (at the cost of reduced incoming healing). I would be lying if I said that being a vampire isn’t super cool. There are drawbacks and for hardcore players this will probably not be an option (especially in PvP) but the coolness effect is so grand that I would recommend everyone checking it out at least once in their Elder Scrolls Online adventures.

38 thoughts on “How to become a Vampire in ESO”