loading
« Back to Map of all ESO Skyshards in Tamriel
« Click here to see all Skyshard guides for Wrothgar
Guide:
Kept inside another solo dungeon called Zthenganaz, located in northeastern Wrothgar, just southwest from the northernmost Wayshrine – Two Rivers.

This is the most northern dungeon. The Zthenganaz front door is in a tone of other dungeon entrances, hidden, a bit hard to find, if it wasn’t for the map marker (bless it). It is close to the road, beyond some ice stalagmites and stalactites.

While inside Zthenganaz, go toward its farthermost end. In the northwestern part of the dungeon is where the shard is hidden. Due to the light that comes from the ceiling and shines upon the near ice crystals, it is hard to spot it. Do not get discouraged if you don’t see it right away, just reach its end, and it will be there. 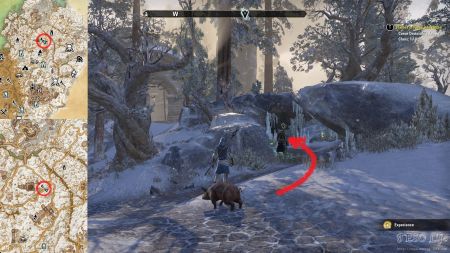 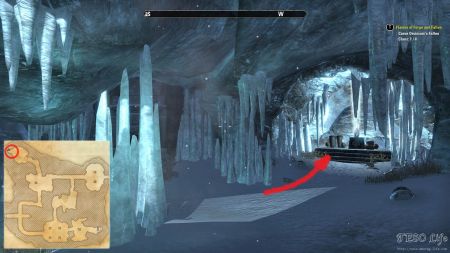