A Breach Amid the Trees is the fifth quest in the Psijic Order quest line in Elder Scrolls Online. It takes the player on a journey through the Valenwood maps, including Malabal Tor, Greenshade and Grahtwood, where they have to find and seal nine time breaches. This will make them advance to the fifth level of the Psijic Order, and get the final part of the Psijic Regulator achievement / trophy, called Psijic Forester. In this guide, we’ll show you how to complete A Breach Amid the Trees quest, where to find all the time breaches in Valenwood. 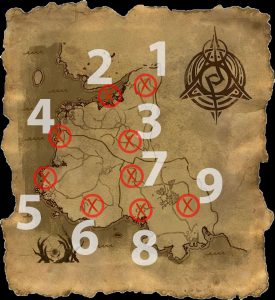 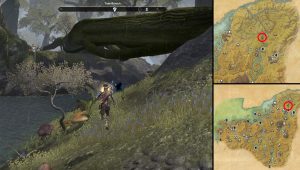 Head toward the northeastern part of Malabal Tor. There is a bridge across a small river there, west from Ragnthar, south from Treehenge, north from Black Vine Villa and the Wilding Vale Wayshrine. Go under this root bridge and you’ll find the first time breach. 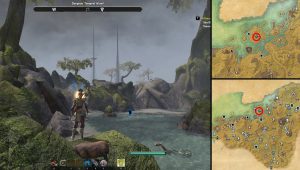 The next one is in the far north of the map. There is a large archipelago there, with Tempest Island and Horseshoe Island. The island you’re looking for is north from Vulkwasten. This island has a small bay on its southern side, with two huge trees at its edges. The time breach is between these two trees, on the water. 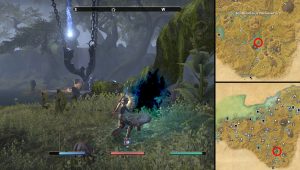 The final Malabal Tor time breach is on the southern side of the map. It is on a small island, in the middle of the lake northeast from Xylo River Basin Dolmen, south from Belarata, west from Jathsogur, north from the Abamath Wayshrine. In the middle of this island, there is a huge tree. Next to its southern root, you’ll find the third time breach. 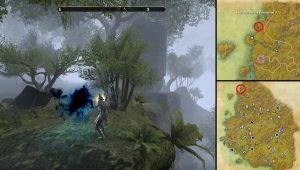 The first Greenshade time breach is in the northern part of the map. From the northernmost wayshrine, Moonhenge, follow the road until the large curve. This is where you should continue north, right up to the edge. You’ll find the breach between two tree trees of different sizes. 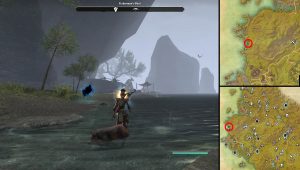 To reach the next one, you’ll need to travel to the far west of the map, where’s the Fisherman’s Rest is located. It is a bit north from Woodhearth, west from the Serpent’s Grotto Wayshrine. The breach is close to the shore, north from where the area of interest camp is situated. 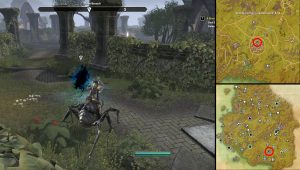 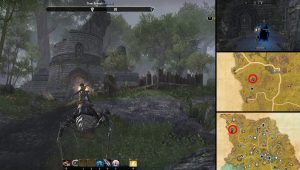 You should start the journey at Reman’s Bluff, the northwesternmost fort. You’ll find it southwest from Redfur Trading Post. There is a ruined tower within it. Go inside it, and you’ll find a time breach seal on its ground floor. 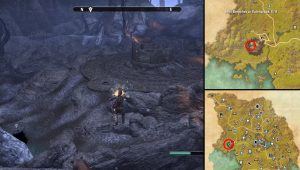 The next one is within a hollow tree in western Grahtwood, marked as Gil-Var-Delle on the map. If you decide to use the wayshrines you can go to the Temple of the Eight in the north, or Falinesti Winter in the south. Either way, as you get inside this hollow tree, continue forward past the center, and you’ll find the second to last time breach. 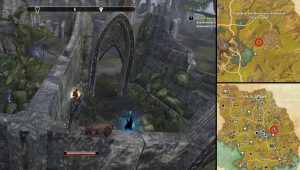 The final Valenwood time breach is in the east. A bit east from Elden Root, in the Ossuary of Telacar ruins, south from the Mage mundus stone, north from Ossuary Wayshrine. The time breach is inside a ruined room, in the west of the outer ring of the ruins.