loading
« Back to Map of all ESO Skyshards in Tamriel
« Click here to see all Skyshard guides for Southern Elsweyr
Guide:
Moonlit Cove is a delve in the southwestern part of Southern Elsweyr. If you follow the southern coast, you’ll reach this delve near the end of it. The closest Wayshrine is Western Plains, and there are also other places of interest nearby – Halls of Colossus, an ancient place of wonder, to the west and the Purring Rock striking locale to the east.

The entrance to Moonlit Cove is close to the water. Just follow the shoreline and you’ll spot something that looks like a stone temple. Shezar the Sibilant, a Kajiit, will await you near the entrance, offering you a quest to cleanse the sacred shrines inside the delve for a prize.

Continue forward from the entrance, towards the northeastern part of the cave. As you leave the tunnel leading to this large area, you’ll spot a rope bridge nearby. You should also be seeing the skyshard’s light on the other side of the cave, on top of a waterfall. Cross the rope bridge and fight off the Ruddy Fang members that might be following you. Close to the shrine near the edge of this pond, you can find a rock that divides the waterfall into two streams. This rock holds the skill point we are after. The jump from here is totally safe, not dangerous at all. 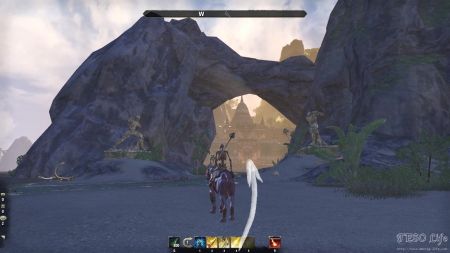 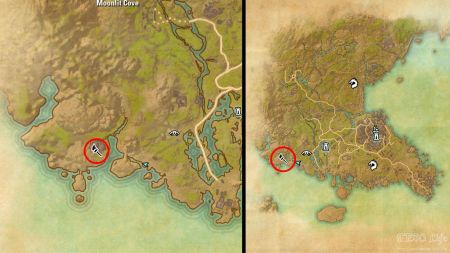 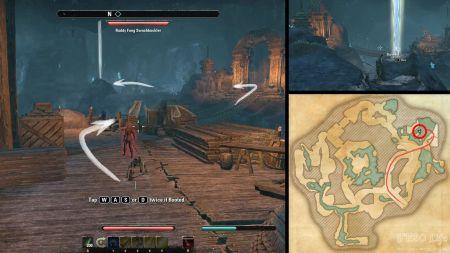 Across a rope bridge in Moonlit Cove.