loading
« Back to Map of all ESO Skyshards in Tamriel
« Click here to see all Skyshard guides for Summerset
Guide:
You’ll find this one on the southeastern part of the main island, south from Eastern Pass Wayshrine and Sil-Var-Woad Wayshrine.

Our task would have been a lot easier if the person charged with giving out clues would’ve added Sunhold and Dusk Keep in the name. These two places of interest reveal where you should look. Sunhold is a public dungeon in southern Summerset. The Dusk Keep is a bit harder to find, as it is on the southernmost point of the island.

If you look at the main map, you can see there is a large island next to the southeastern coast. Get to this island, the one that has the Sil-Var-Woad Abyssal Geyser at its north, and proceed toward its southern end. This is where you’ll find the skyshard, on a white, coral, stone formation. Hunting for it during the night is a lot easier, due to the surroundings. There is a large boulder blocking the view from the island, which may hinder your sight if you come from there. 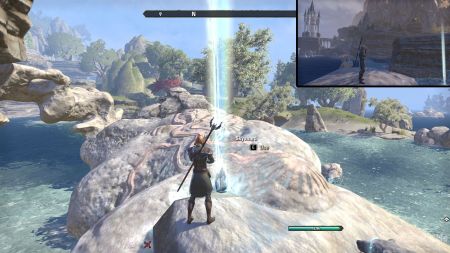 Along the sun’s path toward dusk 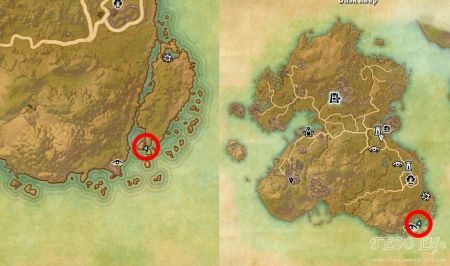 « Click here to see all Skyshard guides for Summerset