loading
« Back to Map of all ESO Skyshards in Tamriel
« Click here to see all Skyshard guides for Western Skyrim
Guide:
Frozen Coast is a delve in the northeasternmost part of the main map. This place of interest is a bit further away from other spots marked on the map. The closest Wayshrine is the one to the south, called Frozen Coast; the alternative is the one in the Solitude center. On your way here, you’ll go by the Silver Cormorant place, which hides one instrument for the Instrumental Triumph achievement.

To enter the delve, you’ll need to interact with a boat at this location. If you are a completionist, there is the “The Fate of the Frozen” quest, given to you by the Magreta raider nearby. Once you “use” the boat, it will take you into the delve, which is actually an island that you can find on the Western Skyrim map. It’s the one that is located in the far northeast.

In order to reach the skyshard’s location, we’ll need to follow the main delve road going toward the eastern side of the island. At one point, it takes you past the water into the small cave. This is where we take a hard left, and go north under some stalactites. This path will take you up the hill, to the point where it ends with a small “broken” bridge. If you zoom into the delve at this location on the map, you can spot that this path is actually a dead end. Look to the distance here, toward the west, and you can see the Skyshard’s spot on the other side, as well as a hill. You’ll have to make a jump here to end up a level lower, thereby getting on the hill’s plateau, where the shard is. This is a fairly interesting location for a skill point, considering it even takes a jump to get to this place. 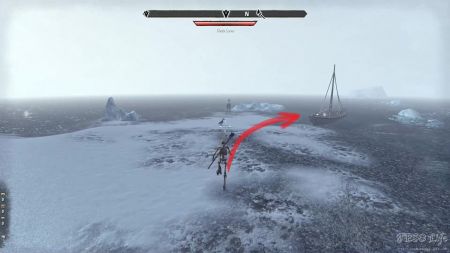 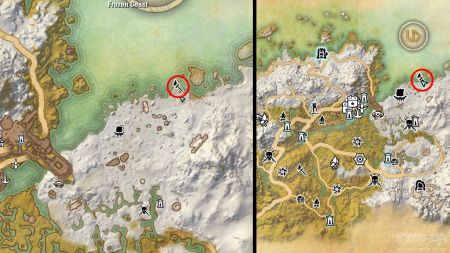 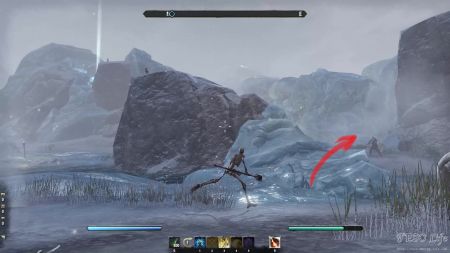 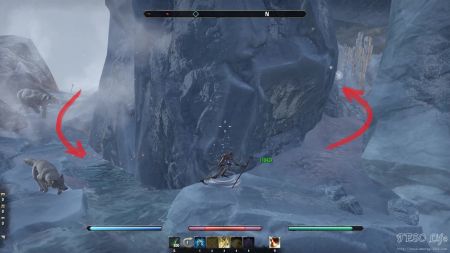 North Under Some Stalactites. 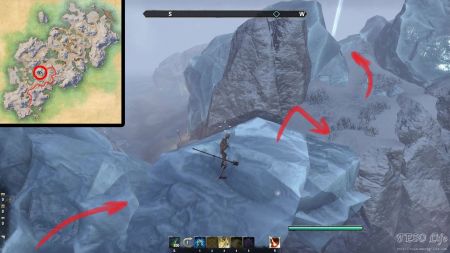 Among the crags of the Frozen Coast.