loading
« Back to Map of all ESO Skyshards in Tamriel
« Click here to see all Skyshard guides for Wrothgar
Guide:
An unusual name for standard hidden shard. It is located inside the solo dungeon – Coldperch Cavern, in southeastern part of the main map, just east from the main city Orsinium and its wayshrine.

Once you leave the city from its northeastern road, go right. Kill (or not) the group boss from King-Chief’s Throne and go uphill, just a bit north from the dungeon’s map location. There is a small uphill path just north from it. If there wasn’t a map marker, this dungeon would be consider as one of the well hidden ones. The reason it is so well hidden are small, wooden, wrecked, doors, and the trees that block your view.

While skyshards in dungeons are usually found in larger rooms, it is not the case with this one. You’ll find it in a tunnel in southern part of the delve. If you are lucky, and there had not been someone before you here, you’ll see an unusual scene. The harpies actually think that this is their egg, rather funny. 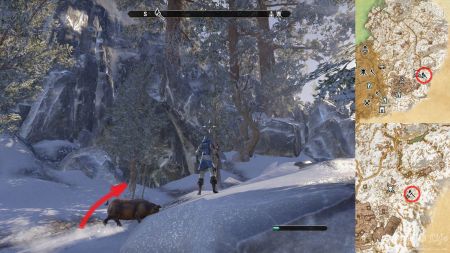 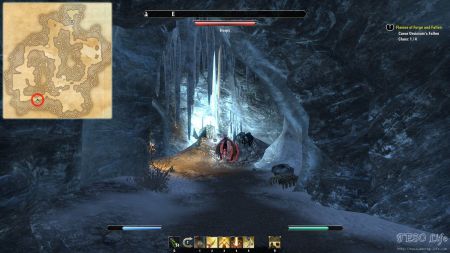