loading
« Back to Map of all ESO Skyshards in Tamriel
« Click here to see all Skyshard guides for Elsweyr
Guide:
Shadow dance is actually referring to the Shadow Dance Ruins striking locale. It is positioned in the eastern central part of Elsweyr, east from Hakoshae settlement and its Wayshrine, west from the Weeping Scar cave, north from The Tangle delve. If you follow the road south from Hakoshae, you’ll spot this striking locale on your right, down the stream.

The creek’s end is in the western part of the stream. If you stand on the main road bridge, south from Hakoshae, it is clear that the creek goes west. It has a small waterfall on its east side, which you can use to get a sense of the surroundings. The shard’s glow is not visible from this point, as it is a bit further inland. The small hill next to the bridge is also not helpful, as it blocks the view. Once you pass this hill, you’ll be able to see the guiding light in the distance, marking your end goal.

Following the creek, you can actually get to its end, at least above ground – it clearly continues its journey further through the small cave entrance, just big enough to accept all water. I wonder if this area floods during heavy rains. Maybe the reason there are ruins here is due to poor planning. 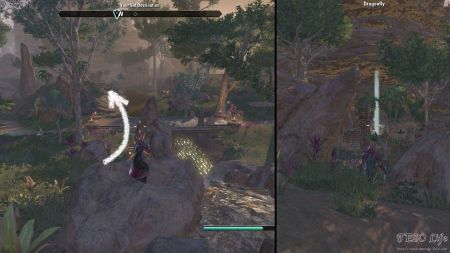 At the creek’s end 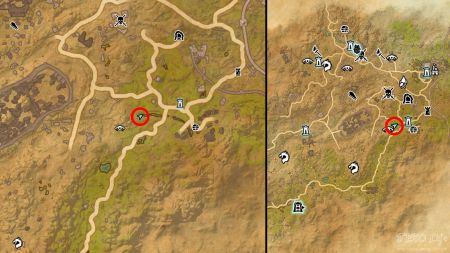