loading
« Back to Map of all ESO Skyshards in Tamriel
« Click here to see all Skyshard guides for Western Skyrim
Guide:
The Circle of Champions is a place of interest in Western Skyrim. This is a world boss location, featuring Skreg the undefeatable. You’ll find it just north from the westernmost main road bridge that goes south to the Karthwatch settlement, northwest to the Mor Khazgur mine and its Wayshrine, and northeast to the Deepwood Vale Wayshrine. It is close to the snowy part of the mountains, with a tall, ruined tower at its location.

The tower, although hidden next to a large boulder, can be spotted from a distance due to its size and the fact it’s close to the location of the world boss. To reach its ultimate prize, you’ll need to climb to the top. Even though it is an outdoor shard, its glow is still well hidden by the walls of the tower.

I am not sure if this location has anything to do with the guild of the same name, which gathers the greatest fighters of Tamriel, but one can hope. It is nice to see spots like these that tell a story on their own, even if calling its resident Skreg the Undefeatable might lose its meaning and luster after, you know, you’ve defeated him. Does that mean we are now bound to be its eternal occupant until the next poor soul comes to force us out? That would be nice indeed! 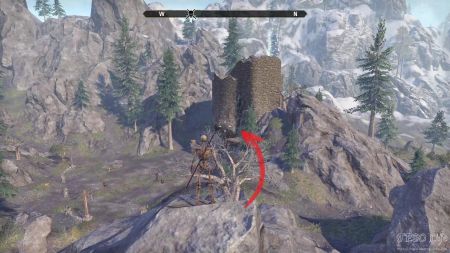 On top of this tower. 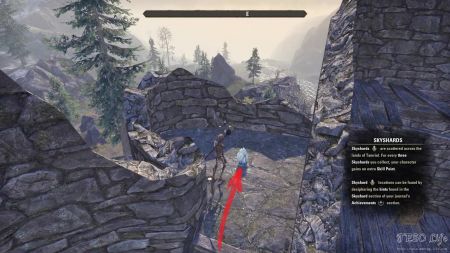 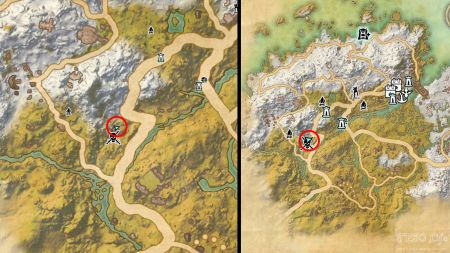