loading
« Back to Map of all ESO Skyshards in Tamriel
« Click here to see all Skyshard guides for Elsweyr
Guide:
This is one of the rare skyshards that doesn’t have a location’s name in the hint. It’s in the southeast of Elsweyr, west of the Tangle, south from Orcrest, northeast of Red Hands Run. In order to reach this location, you should teleport to the Tenmar Temple wayshrine, which is in the southeastern corner of the map.

From there, head directly northwest. As you reach the foot of the hill, you’ll end up at a farmstead. One of the houses at the farm has burned down, and it’s pretty easy to spot. As you approach it, you’ll see the characteristic blue glow next to it. It will lead you to the skyshard, which is behind the crates.

It’s pretty obvious what happened here. It is the season of dragons, after all. Not only that, but there’s one of them foul beasts a short distance to the south from this poor, unfortunate farm. He’s probably the one responsible for the arson. 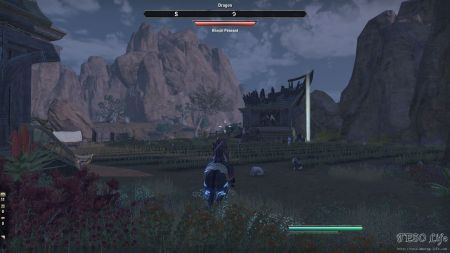 Behind a burned out farmhouse 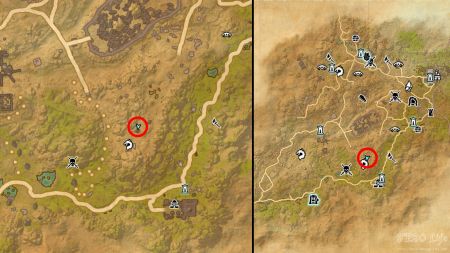