Time for Mud and Mushrooms is the sixth quest in the Psijic Order quest line in Elder Scrolls Online. It takes players on a journey through Deshaan and Shadowfen, where they have to find and seal nine time breaches. This ends with progressing to the sixth level of the Psijic Order skill line, and getting the first part of the Psijic Staff Finder achievement / trophy, called Psijic Mudslinger. In this guide, we’ll show you how to complete ESO Time for Mud and Mushrooms quest, where to find all the time breaches in Black Marsh. 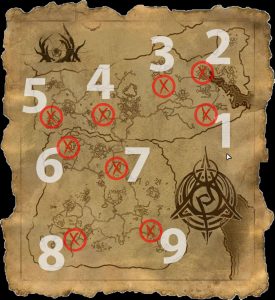 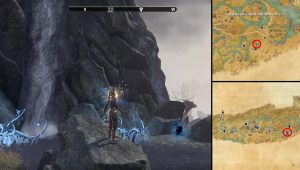 The first time breach is in the southeastern part of the map, close to the entrance to the Darkshade Caverns. It is southwest from Silent Mire, east of the Mabrigash Burial Circle world boss. There is a small pond nearby, with a tall waterfall. This is where you can seal the time breach. 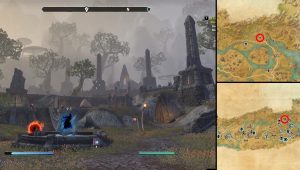 To reach this one, you’ll have to travel to the northeastern part of the map, to the the Shrine of Saint Veloth, west from Eidolon’s Hollow Wayshrine. As you enter the shrine, you’ll see the breach from the main entrance that continues from the bridge. 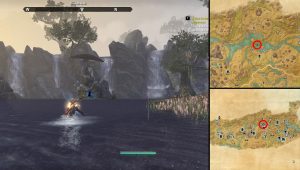 This one is at a magical place by a cluster of waterfalls in northeastern Deshaan. It is south from Shad Astula, north from Lagomere Dolmen, the Dire Bramblepatch world boss and more. There is a tiny island south from the plateau river blockade and the waterfalls, which is where you’ll find the breach. 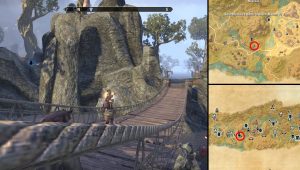 Go to the southwestern part of the Deshaan map. The place of interest you should aim for is Bthanual, located west from Mournhold, northeast from Lower Bthanual dungeon, with the Muth Gnaar Hills Wayshrine to the west. You can spot the time breach from the long wooden bridge there, but you’ll have to go all the way around and inside Bthanaul to reach it. 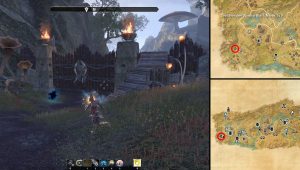 The final one is in the southwestern corner of the map. To get inside Malak’s Maw, you can travel from the West Narsis Wayshrine. To reach the time breach, you’ll have to go around the Malak’s Maw compound, as the main gate is closed. This is a shame, as the breach you need to seal is just behind this main gate. 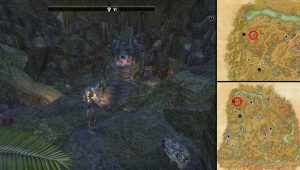 The first Shadowfen time breach is in the northwestern part of the map, near Hei-Halai. It is east of the Ruins of Mazzatun, west from Stormhold. There is a small hall with a shrine at the end of a staircase. If you look at the map, you’ll find the spot is brown. 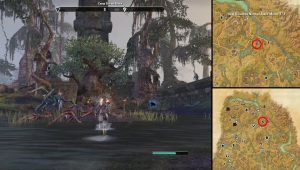 To get close to this one, you’ll have to head toward the northeastern part of the map, southeast from Stormhold. The goal is near the Bogmother ruins, west from the wayshrine, north from Camp Silken Snare. While inside these ruins, head to their southwestern part. You’ll find the breach under a tree, close to the wall. 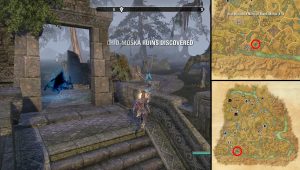 For this one, head to the southwestern part of the Shadowfen. It is west from Venomous Fens Dolmen, southeast from Loraisel Wayshrine. On the edge of this dolmen, there is tiny tower. Go up the stairs to reach the top, where one more time breach is waiting to be sealed. 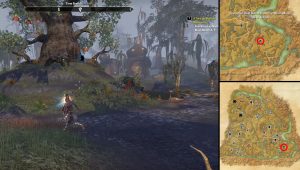