loading
« Back to Map of all ESO Skyshards in Tamriel
« Click here to see all Skyshard guides for Western Skyrim
Guide:
Midnight Barrow is a delve in the Blackreach part of Greymoor. This underground cave system can be reached with the help of the above-ground greater lifts. The closest one to our goal is the one in the far east, called Eastern Great Lift. However, at this point, you probably have some Wayshrines in Blackreach; hopefully the one you have unlocked is Lightless Hollow, in the eastern part.

From this, the closest Wayshrine, head straight to the west. Keep pushing in the same direction until you notice the lights of the torches. They mark the start of a path that leads up the hill, over the wooden stairs and the plateaus, and to Alwyn. Next to her, there is a wooden ladder that you can use to climb inside Midnight Barrow delve.

The ancient burial site known as the Midnight Barrow once occupied the side of a hill in Western Skyrim. Centuries ago, an earthquake caused the ground to swallow the barrow, dragging it into the depths of Nirn.

The “Wispmother’s pond” clue is of a lot of help here, as this is not a small dungeon. There are three pools of water inside the delve. The pond we are looking for is the only one in the room. The other two ponds are inside a different room, but they are not our goal at the moment. Continue north, and find your way inside the room with a single pond. There is a Wispmother above this pond that might be the reason behind the skyshard’s name. You don’t have to engage it to collect the skill point, as this spot is approachable if you jump down from the stairs next to it. 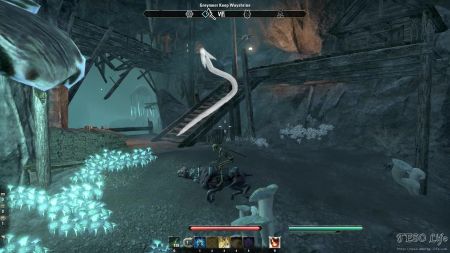 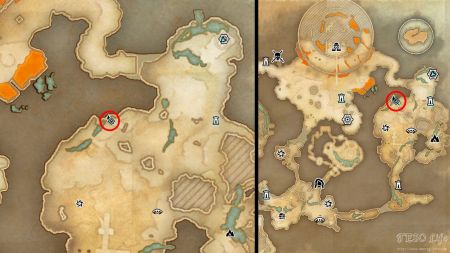 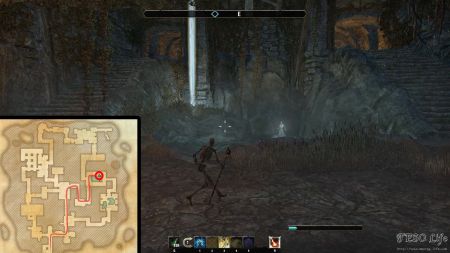 By the Wispmother’s pond in Midnight Barrow.