loading
« Back to Map of all ESO Skyshards in Tamriel
« Click here to see all Skyshard guides for Western Skyrim
Guide:
Solitude is the easiest clue since, at this point, it is the main city in Western Skyrim, and this makes it the simplest waypoint, as it is rather hard to miss. It is located in the northern part of the map, close to the Solitude Docks Wayshrine. If you start your journey here, it actually takes you to the docks first. The second clue is the Storm Hawk’s Altar itself, a striking location on the eastern edge of the town.

However, said striking locale and our skyshard spot are not positioned inside the town itself. To reach both, you’ll need to cross the river and climb the area just southeast of town, almost below the large arch where it’s positioned. Although this place is not as elevated as Solitude, it gets rather snowy, and the visibility is pretty low. Once at the Storm Hawk’s altar, go east from this Nordic-looking ruin with the two large Hawk statues (and one copy of Anjuld’s Journal) and head around the large boulder. Next to an evergreen tree, you’ll find the hidden skyshard.

It gets rather chilly at this part of the map, but if you are up for adventure, you can find a distant delve in the northeastern part of the map nearby, called Frozen Coast. There is also the Frozen Coast Wayshrine south of it. It can shorten the traveling time a bit as it is the only Wayshrine in the area close to these snowy parts. 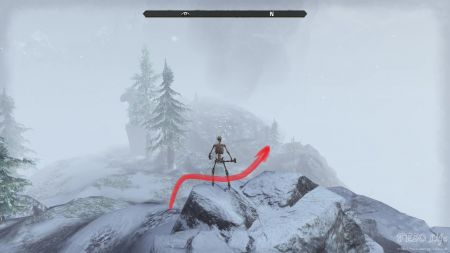 Next to an evergreen tree. 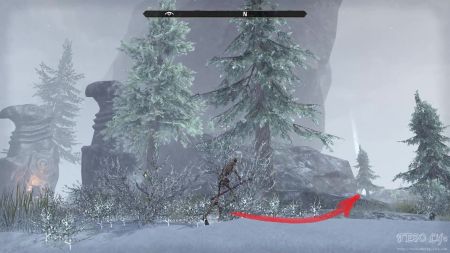 Close to the Altar. 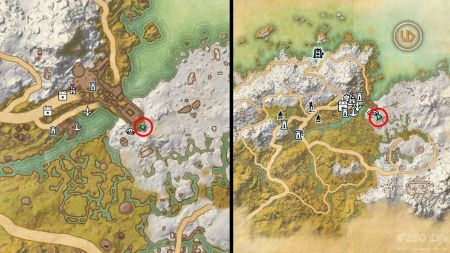