loading
« Back to Map of all ESO Skyshards in Tamriel
« Click here to see all Skyshard guides for Imperial City
Guide:
To collect this one, you’ll need to enter the Imperial Sewers and head to their northern part. This is the northernmost Imperial Sewers shard, just west from the General Nazenaechar group boss and the Headsman’s Bone Pile area of interest.

The sewer entrance you want to go through is in the Memorial District (northern Imperial City). The entrance leads to Harena Hypogeum. Go to the west from there. Go to the southern part of the second large room. There is a large stone pillar at the center of the room.

“Darkest alchemy, bought in bulk” are actually alchemical things scattered around on the ground, carts and more. The nearby enemies can be avoided using stealth. Be sure to avoid the patrolling one, as he is the most harmful one. With the help of the weaker enemies you can quickly become overrun.

This area is also called Buried Artifact, it is where Xivkyn lord Wadracki searches for a long forgotten power. If you go north from here, you can find his room. The area where the group boss Wadracki resides is just north from here, in the second room. 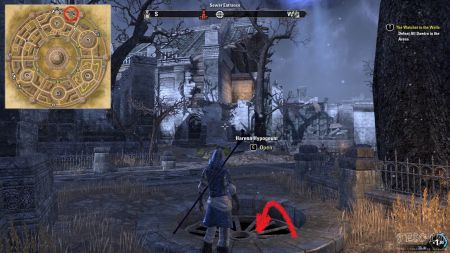 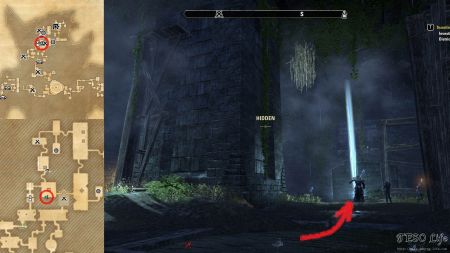