loading
« Back to Map of all ESO Skyshards in Tamriel
« Click here to see all Skyshard guides for Elsweyr
Guide:
The Tangle is a delve that sits on the eastern edge of Elsweyr. You’ll find it about haflway between the Tenmar Temple wayshrine in the southeast and Hakoshae wayshrine in the east. Spawn at either of these and follow the road towards the other one.

“In times of war and disaster, the ruthless among the deserters often turn to banditry to survive, establishing lairs and hideaways in out-of-the-way locations.”

When you reach the cave, go inside and head into the chamber in the southwestern corner of the delve. There’s a tiny oasis there and a hole in the roof of the cavern. You’ll find the skyshard among the foliage.

According to the loading screen snippet, the Tangle used to serve as a hideout for bandits and deserters in less-than-fortunate times. Thankfully, there’s none of that now, and there isn’t even an echo of evil-doers inside. However, there’s a fair amount of senche-lions and other beasts, so keep on your toes. There’s a handful of them in the same room as the shard, and you’ll have defeat them in order to grab it. 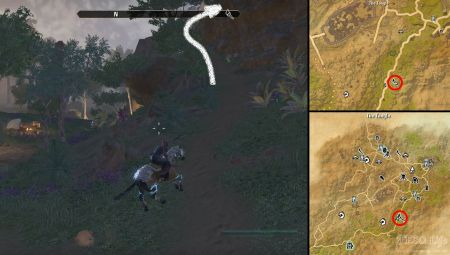 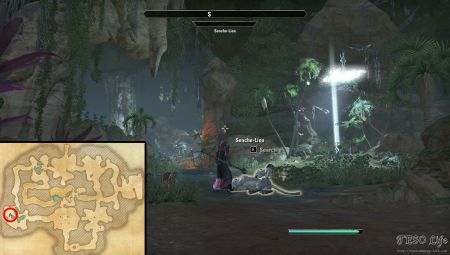