loading
« Back to Map of all ESO Skyshards in Tamriel
« Click here to see all Skyshard guides for Western Skyrim
Guide:
The Scraps is a delve in the western part of Blackreach. At this point, you should probably be well aware that this cave system is located below Western Skyrim. The closest lift is, as you might have guessed, the Karthald Great Lift, west from Dragon Bridge. It takes you to the Dark Moon Grotto Great Lift and the Dwarven Run Wayshrine. If you don’t have the Dark Moon Grotto Wayshrine unlocked, you can use this one to reach the delve.

From the Wayshrine closest to the Lift, follow the path while keeping close to the western part of the cave – to your right. As you pass by the Nightstone ritual site on your left, you can see the yellowish lights of the delve’s entrance in the distance. There is also a large formation of crystals just above the approach. As always, there is a quest giver here. This time it is Neramo, who would like you to gather power nodes.

The junk heap rotunda can be spotted in the eastern part of the delve. It’s a part of the smaller room in this area. To reach it, you’ll have to progress north, to the room in the northeastern part, as the path from the skyshard’s room can only take you down to the starting greater room. Get to the northeastern room, go up the stairs, and into the passageway to the east.

The final room, where the rotunda is positioned, hides a quite unique enemy-spawning technique. Just hope that someone hasn’t dealt with this before, as you’ll quite enjoy it. As you enter the room, look to your right. You can’t really spot it from the entrance to the room, but there is a small, hidden junk heap rotunda here. Go around the left-behind treasures to pick up the most valuable one for yourself, aka the Skyshard, of course. 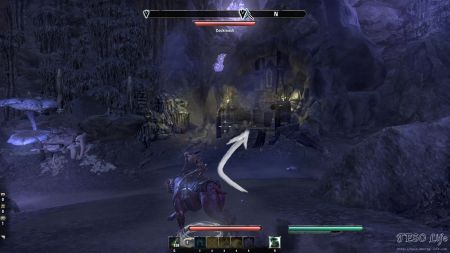 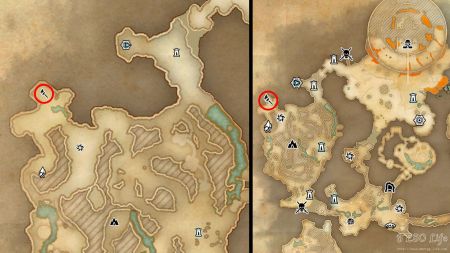 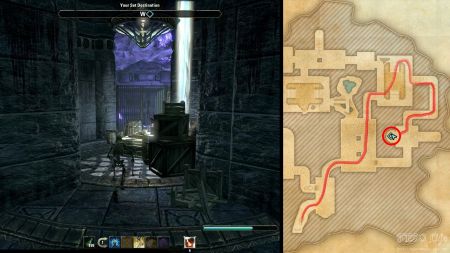 In a Junk Heap Rotunda in the Scraps.