loading
« Back to Map of all ESO Skyshards in Tamriel
« Click here to see all Skyshard guides for Elsweyr
Guide:
As the hint clearly states, this one’s at the Stitches. The place has its own Wayshrine, so it won’t be too hard to reach. It’s in the middle of the map, west of the Orcrest public dungeon, south from the Nightmare Plateau boss, east of the Sleepy Senche Mine striking locale.

Approach the area from the east. You’ll see the big building with the pagodas from the distance. As you approach it, you’ll find a hanging bridge leading into the area. Instead of using it, look down and to the right. You’ll see the recognizable blue ray of light down in the gorge. It’s pointing to a broken crate, the one mentioned in the clue.

The crate probably fell from the heights of the Stitches, but the obvious question is why didn’t anybody go down to the gorge to get it? The skyshards are pretty valuable stuff, so you’d expect somebody to make the effort to collect the lost treasure. Instead it’s just sitting there, waiting for intrepid adventurers to make a go for it. 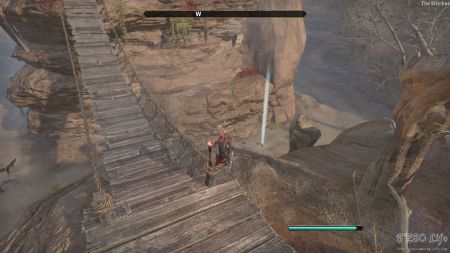 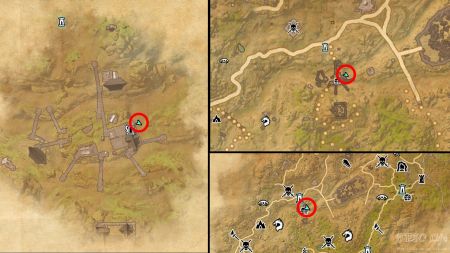