loading
« Back to Map of all ESO Skyshards in Tamriel
« Click here to see all Skyshard guides for Western Skyrim
Guide:
The Hunger’s House is a crafting station positioned almost at the center of the map of Western Skyrim. At this station, you can craft the Stuhn’s Favor set, which gives you great weapon and spell damage, along with Physical and Spell penetration. There is a main road circling around this whole area. South of it is the Southern Watch Wayshrine, northwest is the Dragon Bridge settlement and its Wayshrine, while to the east you can find the Morthal settlement and its Wayshrine.

This is also the last skyshard on this list found outdoors. The altar mentioned in the title is important, as you can’t reach the shard in the area of the crafting station. Your exact goal is almost in the middle between this crafting station to the west, and Hjaalmarch Great Lift to the east. The closest Wayshrine is the Morthal settlement one, to the east.

If you are coming from the closest shrine in the east, cross the river and head toward the Hjaalmarch Great Lift. Following the main road, start ascending the hills toward the south. Soon enough, you should spot a small, unmarked settlement with a large wooden tower – a watchtower. Anyone on this watchtower would have a great view towards the smaller hill in the west. This hill is where the altar we are looking for lies. Climb on the hill, and there, on a rock nearby, is a skyshard. 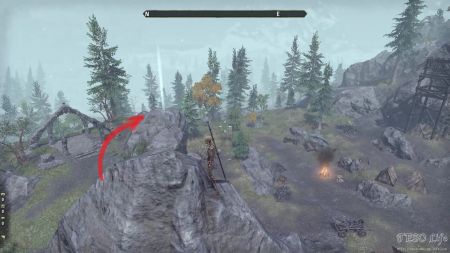 Close to the altar. 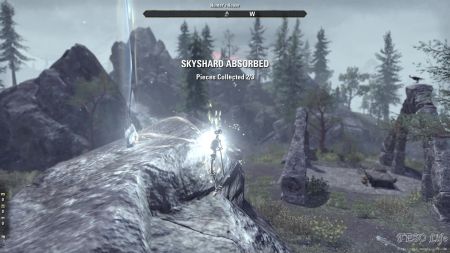 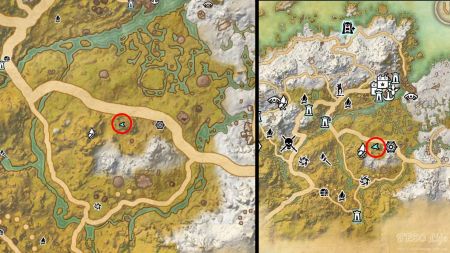