loading
« Back to Map of all ESO Skyshards in Tamriel
« Click here to see all Skyshard guides for Western Skyrim
Guide:
This place is located in the southwestern part of the map, just west from the Karthwatch settlement and south from the Chilblain Peak ritual site. There are two wayshrines in the vicinity, if not very close by; one to the north called Dragon Bridge and the other to the southeast from here, called Southern Watch.

If you are about to hunt this Skyshard solely based on the information from the title, you probably won’t stay sane for long. Don’t bother with trying to find a place of interest either, as there is none with this name. The only clue you’ll find is the name of the entrance to one of the houses – “hall.”

Jarl Olfwenn’s Hall is the largest structure in the Karthwatch settlement. Unfortunately, this place is full of hostile inhabitants, so we can’t really ask around who this famous Jarl Olfwenn was and why this hall was named after him. If you go west from the center of Karthwatch, following a small pathway uphill, you’ll reach this hall. Go past it, to the north, and follow the route behind the house. The shard is several steps away from the hall, overlooking the nearby main road. It can be spotted from a distance easily at any time of day or night, especially if you find yourself on the main path around here. I am not sure if you can climb to the shard from there, or you need to go around and by the hall, but at least you’ll be saved from the pain of looking for the Jarl’s Hall.

Some even say that this place might actually be a town called Snowhawk, which could explain some of the local people and their behavior. But it will be left to the history of Elder Scrolls Online to decide its faith. 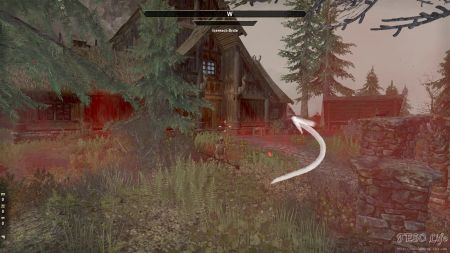 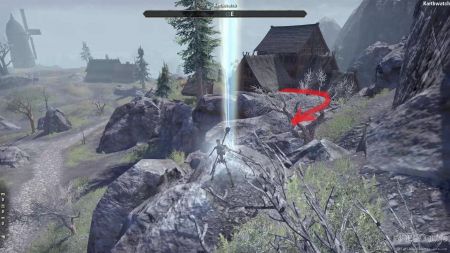 Close to the road. 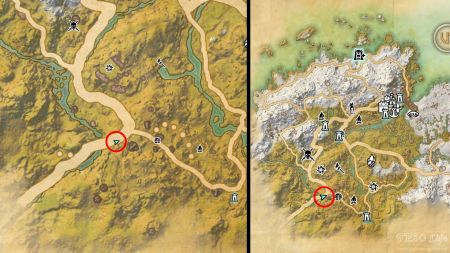