loading
« Back to Map of all ESO Skyshards in Tamriel
« Click here to see all Skyshard guides for Elsweyr
Guide:
Riverhold is the northernmost settlement in Elsweyr. It is the closest one to the Reapers March border gate, with its Wayshrine just south of the town. It is north from Jode’s Embrace, a player housing building.

To use the skyshard where the river falls, follow its flow downstream. This means going west, and not east, where the river begins. This part of the river is also the widest by far, due to the fact that this is where the lake starts.

The river fall is not that spectacular as you might have expected by now, thanks to all the beautiful surroundings in Elder Scrolls Online. This doesn’t diminish its value at all, though, as it still dominates the area. If you at any point come to this area from the west, you’ll get to enjoy this calming place, and will without any problem spot the shard in the distance. It is on a small rock, next to a heron that seems to like this place and the abundance of the fish located below, in the distance. It’s almost like he’s amazed by the nearby light, because at some point it probably draws the fish towards him, making it easier for him to get food. His luck is about to turn, because the light will fade away due to your actions, but he will figure out a new fishing spot for sure. 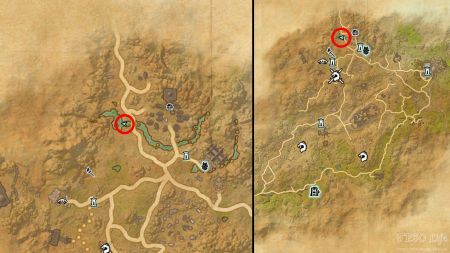 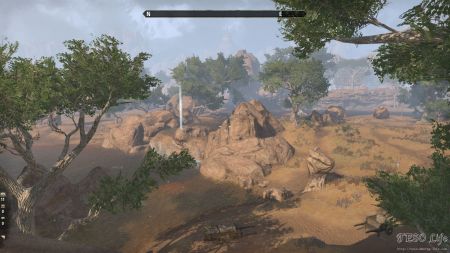 Where the River Falls