loading
« Back to Map of all ESO Skyshards in Tamriel
« Click here to see all Skyshard guides for Western Skyrim
Guide:
Picking up the skyshard that carries this name requires the player to enter the Dragonhome delve. This dungeon is found in the far northwestern part of the main map of Western Skyrim. The closest Wayshrine is in the south inside the Mor Khazgur mine, but you can probably get here faster by taking the Wayshrine to the east, called Dragon Bridge.

Either way, follow the main road up to the northwesternmost bend, and from there, head south toward the cave with the torches as a light source. There is a rather unique and strange-looking quest giver in front of the dungeon’s entrance, called Heiruna Doll. It gives you the quest called Spellbound, where you have to gather her belongings hidden inside the delve.

The cliffside altar is the one overlooking the eastern delve’s southern bridge, where the shard’s glow is showing its whereabouts. To reach it, you’ll need to take one of the two paths. The closest one is probably the one from the south plateau. There is a small passageway that can take you to the southwestern part of the delve, but it also leads to a small route to the north. This route also ends in a dead end, with the cliffside altar overlooking the path we just passed over. The enemies in this area are adamant in their need to go after you, and you’ll need to deal with them. The skyshard is just on a small rock, next to an altar. 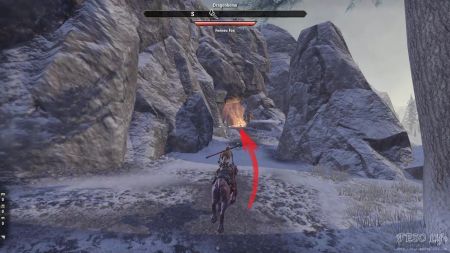 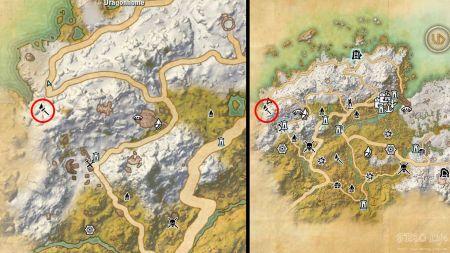 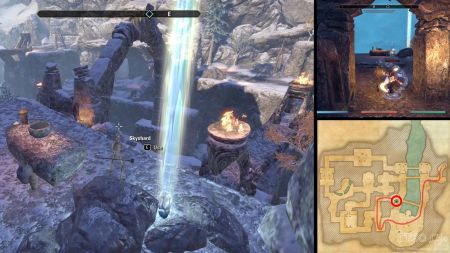 Near the cliffside altar in Dragonhome.