loading
« Back to Map of all ESO Skyshards in Tamriel
« Click here to see all Skyshard guides for Elsweyr
Guide:
The desert wind in the title is referring to the Desert Wind Caverns, a solo delve in the northwestern central part of Elsweyr. It is south from the Prowl, west from the Bone Pit group bosses, northeast from the Stitches settlement and its Wayshrine, north from the Orcrest public dungeon. There is a small entrance to the delve in the mountain range, south from the nearby ruins.

“These extensive subterranean halls date back to the early First Era time of Darloc Brae, the “Golden Beast” who conquered all of Anequina. Khajiiti tradition holds that this place was built as a refuge for those fleeing the Golden Beast, but its original name has been forgotten.”

The unsteady ledge that hides our skyshard can be seen from the entrance, as you get into the first main room. It is on your right, next to some stone pillars. However, you can’t climb on it. At least I wasn’t able to. Instead, you have to go left from it, down the path, up the stairs on the right, into the hallway and into the cave to your right shortly after. Follow this path, passing by a large temple on your right, until you reach that very unsteady ledge from the start. I am not sure if the enemies that follow you to this spot have any kind of pushback abilities, but it would be something I would give them as a developer. Be sure to clear them out instead of gambling with the possibility of being pushed back to the start. 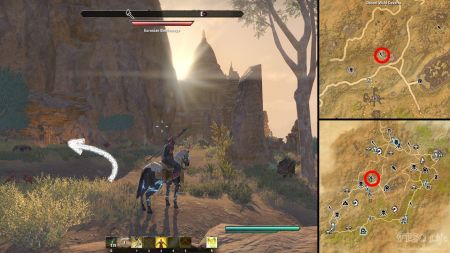 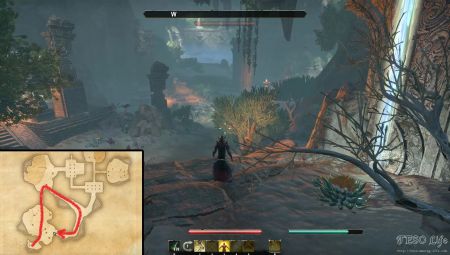 On an unsteady ledge – Map Location