loading
« Back to Map of all ESO Skyshards in Tamriel
« Click here to see all Skyshard guides for Southern Elsweyr
Guide:
Doomstone Keep is a striking locale located in the far northeastern part of Southern Elsweyr. You’ll find it north from the Forsaken Citadel delve, northeast from the Pridehome Wayshrine. Be sure to follow the path rather than the coastline.

This is the first of many Southern Elsweyr skyshards, and also the one that is the farthest away from the starting map location in the southern town of Senchal. If you’ve just started this zone, and want to pick up all the skill points first, you better leave this one for last.

This spot is on the edge of a high coastal hill. If you pay attention to the map, you’ll see small islands near the coast. The second to last island (from south to north) is the closest to our goal. Follow the road from the south by keeping close to the eastern shoreline. The goal is to pass Pridehome Wayshrine on the west and Forsaken Citadel on the east. Head to the northeastern corner of the plateau by the river north from this delve. In this area, you’ll spot two fighting beasts – a Mountain Bristleback and a Haj Mota. There is a small path going downhill near them, toward the cliff. The skyshard is down this path, past a Spriggan, next to a tall tree. 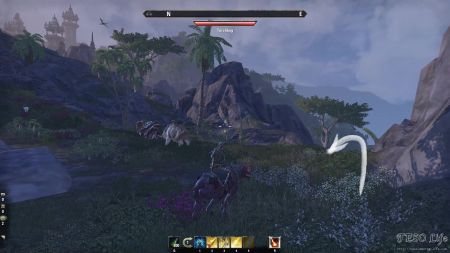 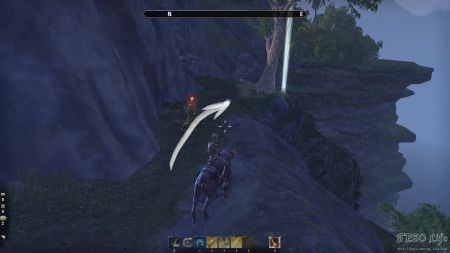 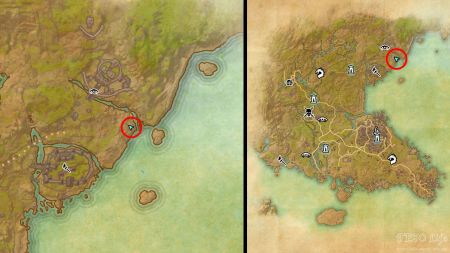