Time in Doomcrag’s Shadow is the eighth quest in the Psijic Order quest line in Elder Scrolls Online. It takes place in Rivenspire, and like most others, requires players to seal nine time breaches. This will allow you to advance to the fifth level of the Psijic Order, and get the third part of the Psijic Chronologer achievement / trophy, called Psijic Shadow-Walker. This guide will help you finish Time in Doomcrag’s Shadow quest, by showing you where to find all the time breaches in Rivenspire. 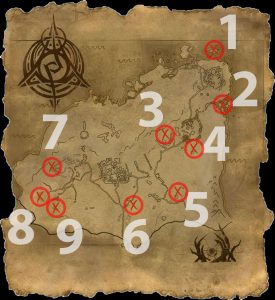 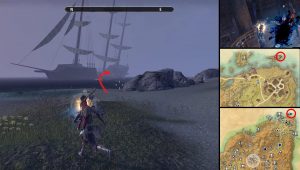 We’ll start our journey from the northernmost one. It is within the shipwreck of Lagra’s Pearl, in the northeastern part of the map, north from Northpoint, northeast from Northpoint Wayshrine. When you reach it, you’ll notice there is only one open door on the main deck. Go through it and you’ll see the first time breach. 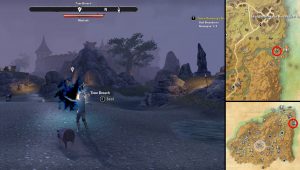 This time breach is south from Northpoint, in the northeastern part of the map. South from this town, there are four places of interest. One of them is the Serpent Mundus Stone. Close to this mundus stone, you’ll find the next breach you need to seal. 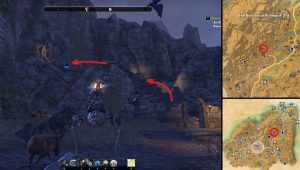 The next one is inside the Lorkrata Hills ruins. These ruins are in eastern Rivenspire, west from Fell’s Run, north from the Old Kalgon’s Keep world boss. As you enter the ruins, pan your view toward the northern side. The time breach will be there, close to a wrecked tower, on a staircase. 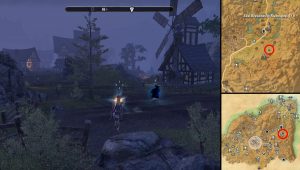 This one is across the valley from the previous one. South from Fell’s Run, southeast from its Wayshrine, there is a place of interest called Edrald Estate. It has a large windmill that can be seen from afar. Head toward it, and you’ll find the time breach one house away. 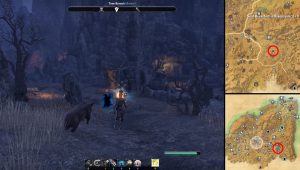 The southeastern one is located within the Sanguine Barrows. It is east from Moira’s Hope, south from the Magdelena’s Haunt world boss, north from the Sanguine Barrows Wayshrine. In this area, you’ll spot a large tree on top of a small hill. If you head downhill on its northern side, you’ll find the next Rivenspire time breach. 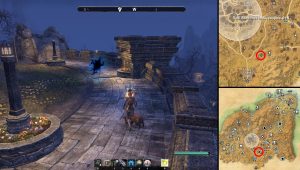 In the southern part of the map, you can find a Trader’s Post crafting station. It is northeast from the Oldgate wayshrine, east from Hinault Farm. If you are coming from the south, follow the narrow path close to the mountain on your right. As you climb the small hill, turn left. You’ll find the breach on a small balcony. 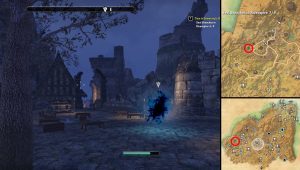 In the western part of the map, there is a cursed village called Crestshade, south from Ravenwatch Castle. Proceed to this area, and continue forward until you reach its western end. In the corner of this place, there are a lot of wooden chairs and tables, and the time breach you’re looking for. 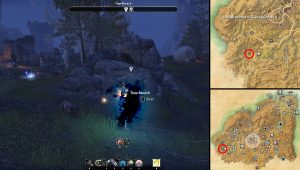 In the southwestern part of the map, west from the Aesar’s Web world boss and the Camp Tamrith Wayshrine, there is a scary place with lots of spider webs. In the southwestern corner of this area, you’ll find the breach you need to seal. 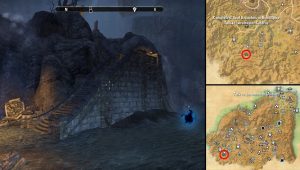 The final Rivenspire time breach is in the southwestern corner of the map. You’ll have to find an entrance to the mountain at the Shadowfate Cavern, southwest from the Camp Tamrith Wayshrine. It leads deeper inside the mountain and down some stairs. You’ll find the breach in the water next to these first stairs, close to a waterfall.