loading
« Back to Map of all ESO Skyshards in Tamriel
« Click here to see all Skyshard guides for Clockwork City
Guide:
The Pavilion of Artifice is a crafting site in southern Clockwork City, south from the first Clockwork Crossroads Wayshrine, located near the center of the map.

This is one of the easiest ones in the zone. If you go south from the mentioned Wayshrine, soon enough you’ll end up in a small lake. The fluid pump described in the name is at the center of this lake. Although our goal is at the center of this pump, it isn’t really well hidden. You can spot it from miles away. There are some enemies around the lake, but they don’t came in larger groups, so they aren’t a problem. On my run through, I’ve managed to pull one group by mistake, which could happen to anyone, as you can’t really see them due to their colors during the day. They resemble the colors of the surroundings. It is strange to think that this big of a pump hasn’t drained this small lake yet. 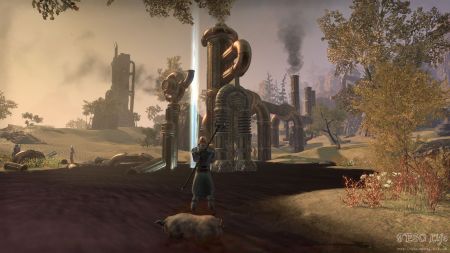 Soaking near a fluid pump north of the Pavilion of Artifice. 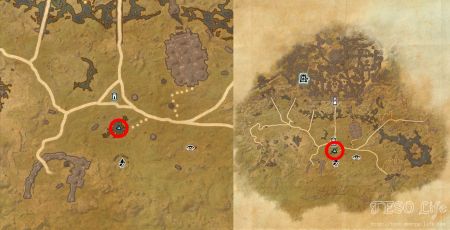 « Click here to see all Skyshard guides for Clockwork City