Breaches of Frost and Fire is the third quest in the Psijic Order quest line in Elder Scrolls: Online. It will take you on a journey through Stonefalls and Skyrim, where you’ll have to find and seal nine time breaches. After you do, you’ll advance to the third level of the Psijic Order, and get the next part of the Psijic Regulator achievement / trophy, called Psijic Regulator. In this guide, we’ll show you how to complete ESO Breaches of Frost & Fire quest, where to find all time breaches in Stonefalls and Skyrim. 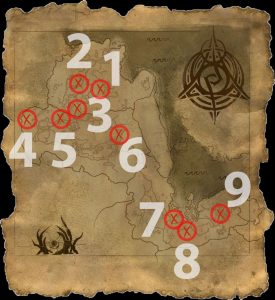 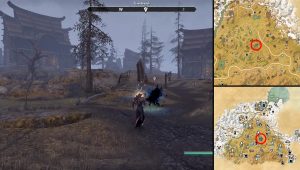 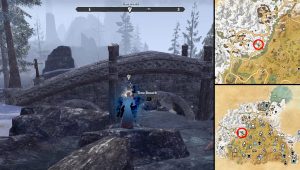 Head to western Eastmarch, aiming for a spot between Thane Jeggi’s Drinking Hole to the east and Cradlecrush to the west. The closest Wayshrines are the Fort Morvunskar to the north and Cradlecrush to the west. North from the previously named area of interest, you’ll spot a road going above a small river. This is where you’ll find a bridge, and north of it a waterfall and a time breach. 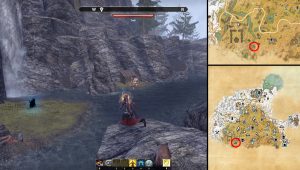 The last Eastmarch seal location happens to be at the end of a small river southeast of Fort Amol, in the southwestern part of the map. There is a closer place of interest called Darkwater Crossing, northeast of it. Panning your view toward this area will allow you to spot a large and wide river. Head toward its southern part. You’ll be able to spot a rather tall waterfall from the distance, and the seal breach near where it ends. 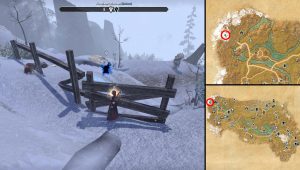 The first Rift seal breach is in the far northwest of the map. This is where Pinepeak Cavern, Shroud Hearth Barrow dungeon and Ivarstead are. The closest wayshrine is Geirmund’s Hall. Once in this area, just follow the ascending mountain path. At the end of it, there is a wooden barricade and the time breach you can seal. 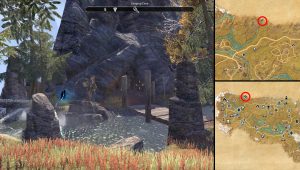 The next one is northeast from the previous one, at the northernmost part of a long river, east from Ragged Hills Dolmen, near the entrance to the Snapleg Cave dungeon. Near the end of the same river, there is a small wooden bridge that leads into the dungeon. You’ll find the second time breach close to it, next to some pine trees. 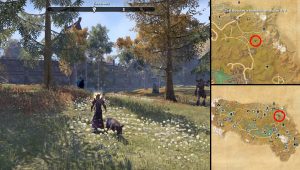 The final Rift time breach is in the northeastern part of the map. It is east from Stony Basin Dolmen, southwest from Troll Cave, northeast from Fort Greenwall, with Fallowstone Hall being the closest wayshrine to the northwest. The breach is north from the Fort Greeenwall wall, near the mountain and a tree. 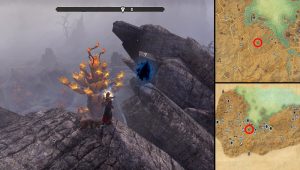 The first Stonefalls seal breach is a bit west from Ebonheart and Vivec’s Antlers world boss, east from Sulfur Pools Wayshrine. Head east from this wayshrine, and find a sharp, ascending, rocky mountain peak. Head toward its top, until you spot the time breach on one of the peaks. 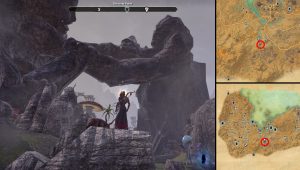 The southern one is in the southern parts of Stonefalls, close to the Armature’s Upheaval crafting station, west from Brothers of Strife Wayshrine. The two large stone giants dominate the zone. The time breach is north from them, near the start of the waterfall. 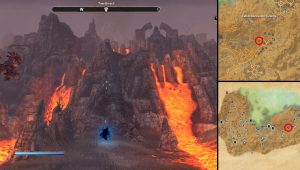 The final one is west from the town of Senie, located in eastern Stonefalls. This is a place full of lava rivers. If you follow the one that crosses the road in the south, it will take you near the mountain, where two of them make two orange waterfalls. This is where your goal, the final time breach, is.