Relics of Summerset is a new achievement in the latest Elder Scrolls Online expansion. To unlock it, you’ll need to find twenty dangerous relics stolen from the Vault of Moawita, that are now scattered around Summerset, and put them in the display boxes. Once earned, this trophy gets you the Finder of Lost Relics title and a furniture piece called Fan of False-Face. In this guide, we’ll show you all twenty Summerset Relics locations.

Summerset relics are found inside small Thieves Guild Dead Drops. These are tiny boxes, scattered around the map. The trick is that they won’t show up in the achievement feed until you place them in their designated display cases, with the help of a quest item. Only then can you progress towards this accomplishment’s completion. The items you need to collect from the small chests do not have weight, and you can have them all at once without fear of being overencumbered.

To start the appropriate quest, which will give you the opportunity to save these stolen relics, you’ll have to progress through the first Summerset quest, called The Queen’s Decree, up to the point where it takes you inside Artaeum. If you have it unlocked, simply travel to Artaeum using the Wayshrine, or use the portal at the Keep of the Eleven Forces. In Artaeum, you should travel to the College of Psijics Ruins. The entrance is east of the giant waterfall, at the end of the starting stairs. While inside the College, go down one level and enter the first door on your right, which leads to the Vault of Moawita. This is where you’ll find Relicmaster Glenadir, who will give you the Vault of Moawita quest. A few steps later, you’ll get Psijic Codex Transcription, which describes the locations of the lost relics. If you like a challenge, you can follow the clues from this book to find the relics on your own. 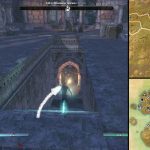 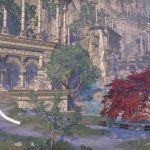 Inside the Vault of Moawita are the display cases where you can place the relics. Only then will you get the achievement entry and progress with the hunt. This is why it is important to place them in here, before you go looking for all 20 relics, so you can distinguish which ones you are missing, without having to remember the ones already in your inventory. As you fill up all the Vault display cases, you’ll complete the Relics of Summerset achievement, gaining a new title and a furniture piece, as well an additional lore story. If you interact with the Fan of False-Face, you’ll get to steal another’s face, and it is a pretty one for sure. 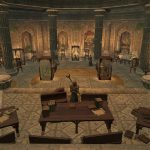 All 20 Relics Placed on Their Display Cases 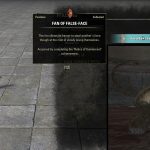 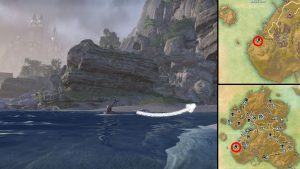 Close to the coral.

The Lantern of Lies, with malicious glow,
Can be found by the rocks of Welenkin Cove.
Within the crevice of coral stone,
Where coral crabs have made their home.

Heart of the Indrik 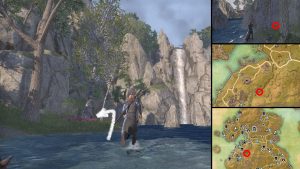 Next to a dead body.

The Heart of the Indrik, near water deep,
Lies behind the walls of Cey-Tarn Keep.
Behind trees numbered one and three,
One can find this relic easily. 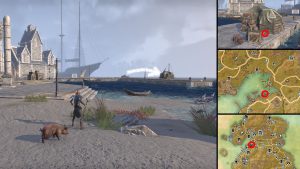 On the pier, next to the boxes.

The relic of compulsive note,
Sits next to a ready boat.
Search the Alinor Docks rightmost pier,
For the Silver-Tongued Quill sits near. 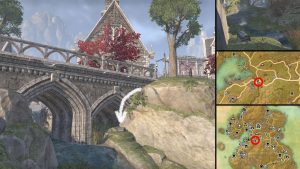 Close to the bridge pillars.

In Rellenthil, home of players great,
The Unraveling Staff lies in wait.
Beneath a bridge, by gentle creek,
You’ll find the relic that you seek. 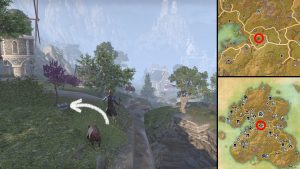 Near the Rellenthil wayshrine,
Sits a skull without a spine.
The Skull of Minor Cursing hides,
On cliff’s edge, near sinkhole wide. 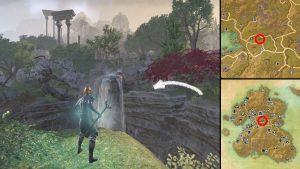 Close to the top of the waterfall.

The Shadowcutter Blade was hauled,
By jagged stone and waterfall.
East of the ruins of Ald Mora,
Hides this relic of deadly aura. 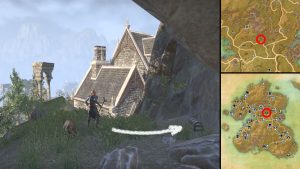 Above the nearby house.

The Soulkeeper’s Urn was laid to rest,
In a town that’s nether east nor west.
Behind Russafeld’s grand estate,
You’ll find this relic hides in wait. 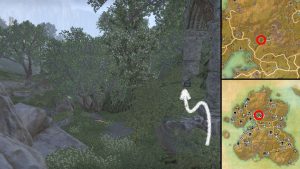 Hop on the small plateau.

The Chest of Condemnation overlooks,
One of Ebon Stadmont’s burbling brooks.
Seek a broken archway there,
To find this cursed relic rare. 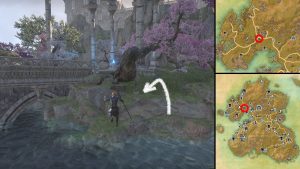 Next to the bridge and tree with the pink flowers.

Near the Illumination Academy,
Hides another relic of tragedy.
You’ll find the Never-Ending Scroll,
Beside the bridge that has no toll. 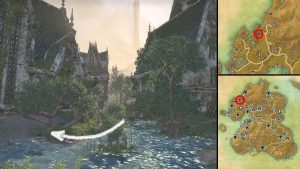 Close to some crabs.

Within the ruins of Corgrad Wastes,
The Inescapable Helm awaits.
Look beneath a twisted tree,
Mear water flowing from the sea. 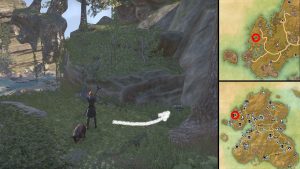 Above the nearby world boss location.

Overlooking the coral queen,
In a small forest, so serene,
The Sticky-Fingered Lute shall be,
Hidden near a royal hatchery. 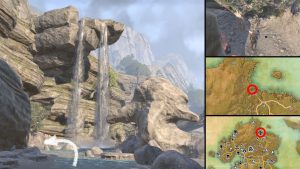 In vicinity of the two tall waterfalls.

On Northern beach, by waterfall,
Placed against a stony wall,
Beyond where angry gryphons pace,
Hides the Fan of False-Face. 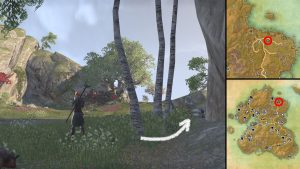 In front of a nearby striking locale.

Between a ruined Direnni home,
And a pass of past King’s bold,
Near rock knoll, beneath purple leaves,
You’ll find the Pillow of Sweet Dreams. 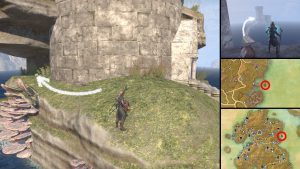 Next to the lonely tower.

Watched by a harmonious monastery,
At the base of the tower, which sits by the sea,
At the end of a wall that holds back the tides,
The Mirror of Fatal Premonition hides. 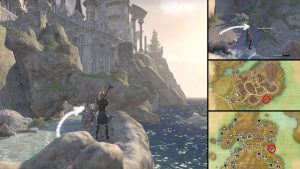 Outside of the southern walls of Shimmerene.

Beyond the confines of Shimmerene’s walls,
Where you can hear seabird calls,
Beside stacked stones with a mossy blush,
Awaits the Monochrome Paintbrush. 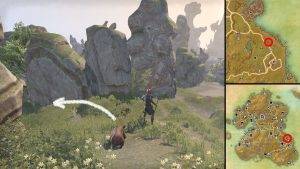 Beside a large boulder.

The Hourglass of Perceived Time,
Waits by Eastern water brine.
Hidden within the forest of coral,
You’ll find this relic, so immoral.

Jaunt of the Jilted 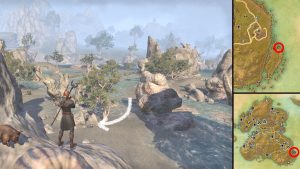 On the beach, next to the tree and a rock.

Southeast of where a geyser spews,
By the shipwreck of a smuggling crew,
The Jaunt of the Jilted lies in wait,
This relic of horrific gait. 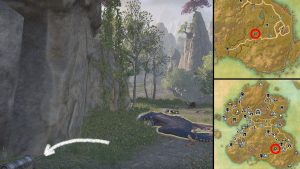 At the gryphon’s lair.

North of the clearing Alaxon’ald,
A relic of great thirst was hauled.
The Ever-Filling Chalice lies,
Behind a beast of feathery hide. 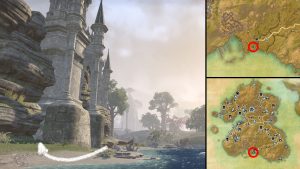 Next to the southern Sunhold entrance building.

The Chestplate of Desiccation awaits,
Left of Sunhold’s mighty gates.
Where white wall meats mossy stone,
Sits this one relic, all alone. 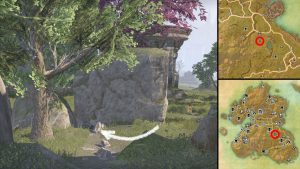 At the southern part of the striking locale.

Right outside Artaeum’s door,
South of the temple where imps soar,
The Shattering Sword awaits you there,
This tricky relic of fight unfair.