loading
« Back to Map of all ESO Skyshards in Tamriel
« Click here to see all Skyshard guides for Western Skyrim
Guide:
Chillwind Depths is a delve positioned in the central-western part of the main map. There are several places of interest around it, like the Dragon Bridge settlement and its Wayshrine to the north, Karthwatch to the south, Chilblain peak ritual site to the west and Hunter’s House crafting site to the east. Eventually, if you pay attention to the river in this area, you’ll notice that there is a small curve where you can see a small waterfall. There is an unmarked road that takes us next to this river, all the way west to the waterfall and the entrance to Chillwind Depths.

The specific Frostvenom spiders nest we’re after is found in the eastern part of this delve. From the entrance, just follow the path to your left side, hugging the wall. As you come across the second pool of water, immediately turn left, and you’ll spot a small cave entrance covered in the spiderwebs. Without the map, this pathway would be rather well-hidden. Go through it, deal with the two spiders that might follow you from the back, and reach the end of the path. Its end is overlooking the water down below, and is also the location of the skyshard we are here for.

If you are a fan of achievements, there is also an instrument in the easternmost part of the delve, the one you’ve just passed several steps ago. It’s a part of the Instrumental Triumph achievement, where you have to collect 19 instruments. 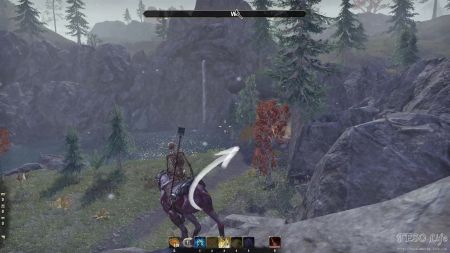 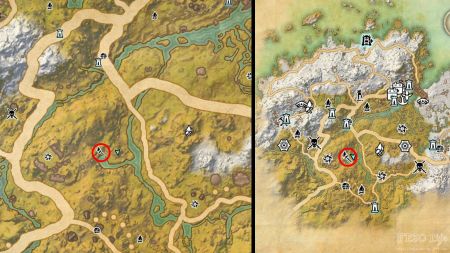 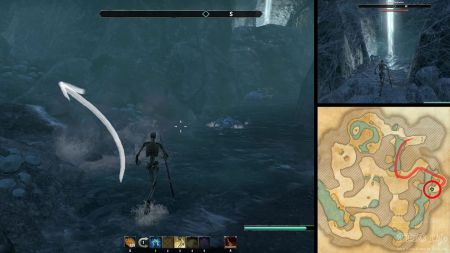