loading
« Back to Map of all ESO Skyshards in Tamriel
« Click here to see all Skyshard guides for Elsweyr
Guide:
Predator Mesa is a delve on the western edge of the map. The best way to get there would be by way of the Stitches wayshrine. Teleport there, then head northwest, across the Nightmare Plateau. You’ll reach the delve before you know it.

“Since time out of mind, the hunters of Northern Elsweyr have gone to Predator Mesa to test their skills against the region’s most dangerous wildlife. Those who succeed are said to be favored by the Hungry Cat.”

Predator Mesa has been a proving grounds for Elsweyrian hunters since time immemorial. It’s the home of the province’s most dangerous beasts, and those who manage to overcome the challenge are said to be favored by the Hungry Cat.

Once you’re in, head to the northern edge of the area. There’s a plateau you can climb by following a mountain path. When you get there, you’ll see the skyshard glowing on the left. Make sure you stop and enjoy the view before you leave – you can see the entire boss arena from here, in all its architectural splendor. 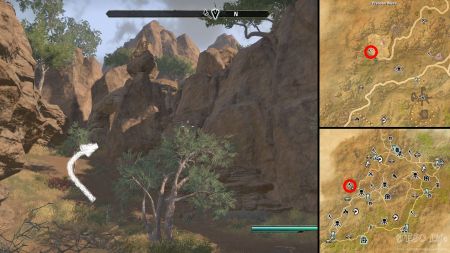 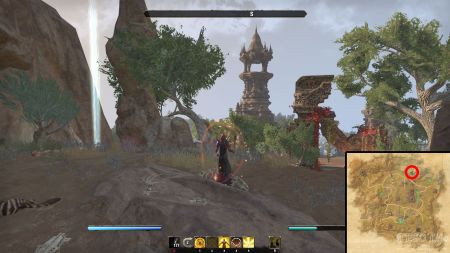