loading
« Back to Map of all ESO Skyshards in Tamriel
« Click here to see all Skyshard guides for Western Skyrim
Guide:
The Dusktown settlement is located in Blackreach. If you for some reason haven’t reached this underground cave system yet, you’ll need to do it through one of the three Western Skyrim greater lifts. The three previous skyshard spots are also on the same map, and you can use experiences with those to find this one. At this point, as soon as you get there, you’ll have the Dusktown Wayshrine unlocked. You can spot it in the southern part of the cave system, just northwest from the Dusktown settlement, east from the Grotto Falls Wayshrine, west from the Nchuthnkarst public dungeon, etc.

The brewing storm is actually a place of interest called Dwarf’s Bane. This ritual site is positioned just south from the Nchuthnkarst public dungeon, east of the southern part of the Blackreach cave system. As you get closer, you’ll spot a small stone pathway with some posts. Follow it and it will take you to the larger plateau where a storm is brewing during the ritual.

Once you climb the plateau at the place of interest and take a few steps inside, you’ll be able to see the skill point shard after rounding the large boulder blocking the view to the east. It is on a small rock, next to some glowing crystals, mushrooms and other cave flotsam and jetsam. 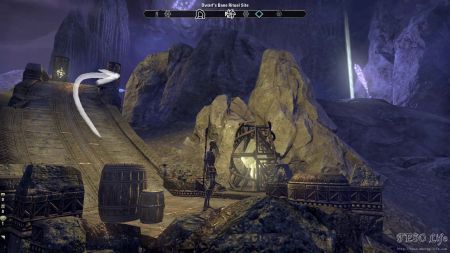 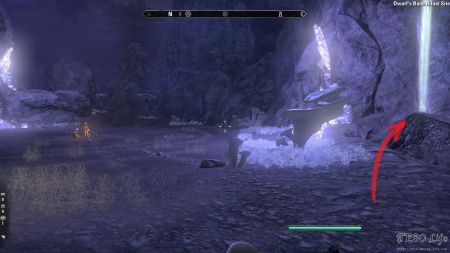 Near the ritual site. 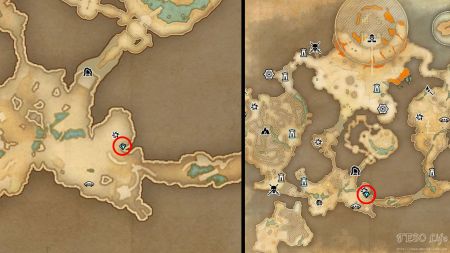