loading
« Back to Map of all ESO Skyshards in Tamriel
« Click here to see all Skyshard guides for Imperial City
Guide:
If you are following the Imperial Skyshard List one by one, you’ll find this one close to the seventh one. It is in the northern part of the sewers, east from the group boss Ebral the Betrayer, northwest from the Inquisitor’s Retreat area of interest.

If you are not in the sewers already, head to the Arena District. Find the Harena Hypogeum sewer entrance, located in the northeastern part of this section. Once inside the sewer, go to the next room and left (west). Follow the path to the south, toward the seventh shard’s room. Keep following the path to the west and enter the next area, called Antediluvian Vaults. Keep to the southwest again, until you spot Ebral the Betrayer, the group boss. Don’t go toward him, but to the third room east of him. You can spot the laundry drying inside. This is a bit odd, considering it is a rather moist area. Does the laundry ever really get dry here? Nonetheless, the shard is just next to the wooden ladder that leans onto the beam that supports the laundry platform.

The enemies found in the room can’t be skipped. You’ll need to deal with them if you want to collect the shard. As always, watch out for the patrolling enemy, as he is the strongest one of them all. 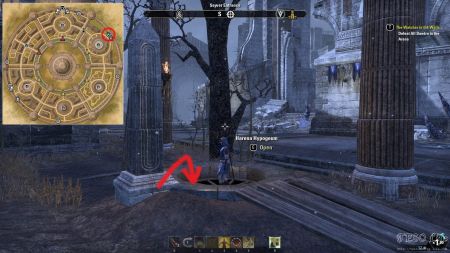 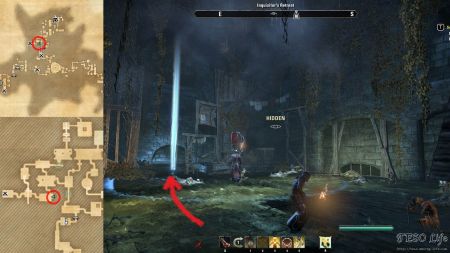