loading
« Back to Map of all ESO Skyshards in Tamriel
« Click here to see all Skyshard guides for Southern Elsweyr
Guide:
The Forsaken Citadel skyshard is inside a dungeon in the northeastern part of Southern Elsweyr. This delve is on an island, with the entrance south from the main gate bridge.

The path that takes you to the dungeon’s entrance is used by one Imperial female called Catina Garrana. She is the dungeon’s quest giver. Go down the path close to the main bridge, and in the lower area, you’ll spot a wooden bridge that will take you inside.

The exact spot where the Forsaken Citadel skyshard is, is in a part of the delve where two paths go one above the other. It is in the northwestern part, next to a room with lots of wooden tables, chairs, barrels… This is a room with four large central pillars. You can see the skyshard’s glow from the upper path, but you’ll need to jump into the hole to reach the lower path, where you can actually interact with it. The enemies you’ve picked up along the way won’t follow you down the hole – they’ll take another route instead, and you’ll be locked in combat until they reach you, hit you once, then change their minds and head back. Luckily, this won’t stop you from interacting with the shard. That’s the last shard on the list – have fun exploring the vast zones of Elder Scrolls Online. 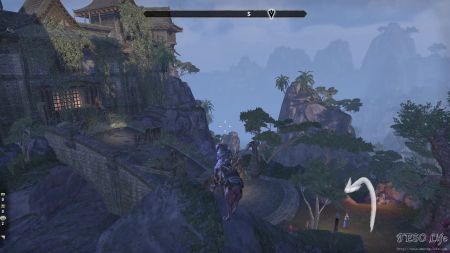 The Forsaken Citadel entrance is down here. 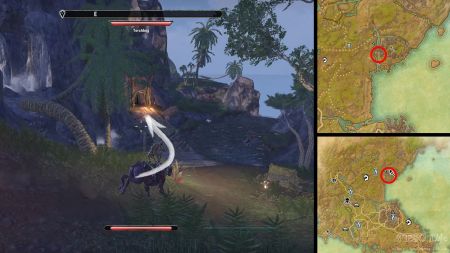 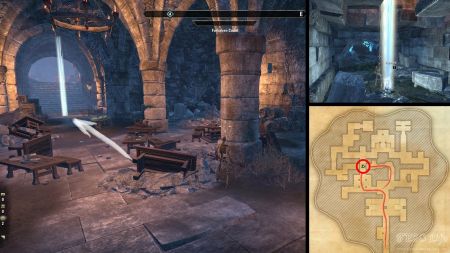 Within the lower tunnels of the Forsaken Citadel.