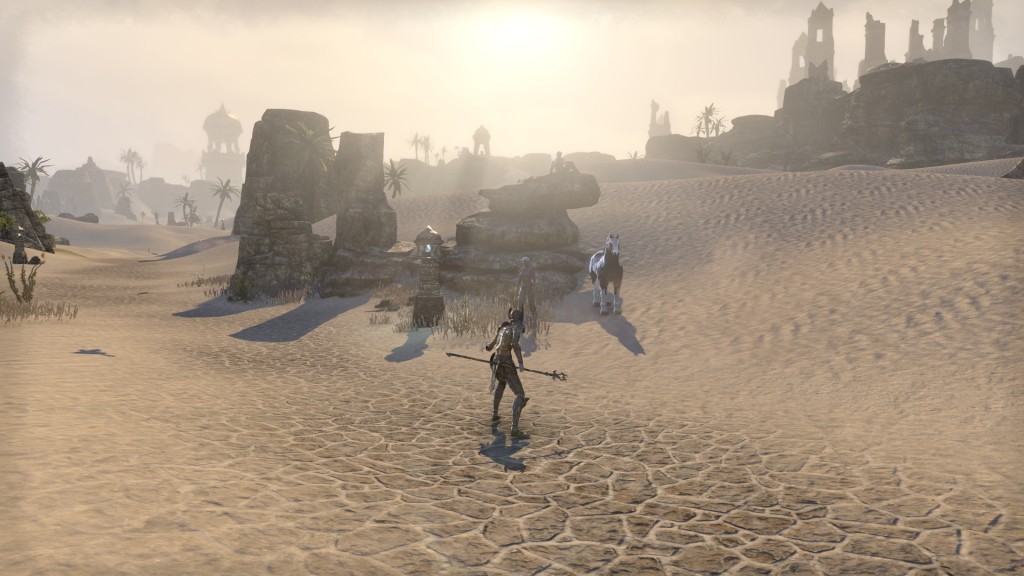 This achievement requires 1 skill point investment in Fighters Guild tree passive – Intimidate. Only then you can extort gold from NPC merchants located in almost every zone in Tamriel. Optional newbie zones, Coldharbour and Cyrodiil are not on the list. Those merchants are not to be mixed with wandering ones, because they have fixed positions and a horse standing beside them. There are several spawn locations on every map and they are always right next to a road, but NPC can be found only on one location and despawns after interaction. You can’t make a fortune out of this achievement though; sums are around 50-60 gold coins.


Golden Palms and Keeper of the Flame NPCs also spawn at those locations, thus, it’s possible, by relogging after you interact with the NPC, to camp there and get all three achievements done, but it’s not likely to happen often. On the other hand, using main roads (we’ve never encountered those NPCs next to dirt roads or forest paths) while searching for them, especially late night or early in the morning, will get you more success.