Deshaan is a South-Eastern region of the Ebonheart Pact faction, suitable for players level 17-23. In this zone players can obtain six treasure maps and additional Deshaan CE Treasure Map, which is available as bonus only to those that pre-purchased the CE edition of the game. Don’t forger to take your map from the bank before starting the treasure hunt, or digging spot will not be visible to you without corresponding map in your inventory. 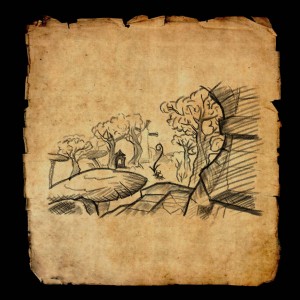 To get the view you see in the treasure map sketch you would climb up on top of a hill and stand inside a ruin, looking at the direction of the wayshrine and the windmill.

Treasure is burried next to these two rocks on your way from the location on the previous screenshot towards the windmill. 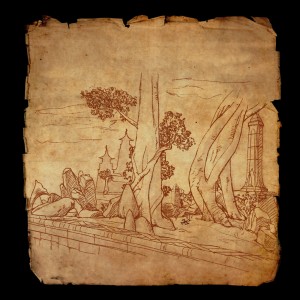 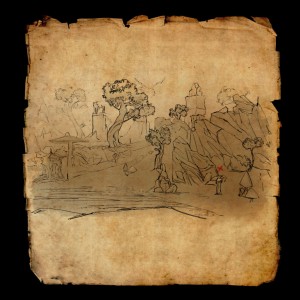 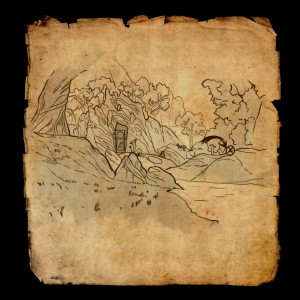 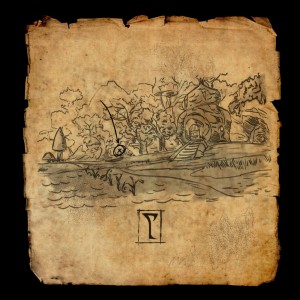 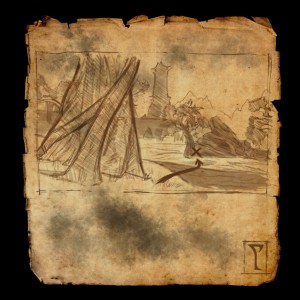 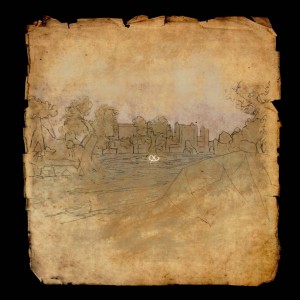 This scenery is almost exactly like the TM sketch. Screenshot taken from the waterfall south of Mournhold Wayshrine. Treasure is buried under that tree straight ahead.

Dirt mound is found next to the tree.