Horns of the Reach is going to be the latest addition to the growing ESO DLC offering. It will be out in August, and there’s finally some info on what we should expect, thanks to a post on the ESO blog. It will include a couple of dungeons, a brand new game mode and map for Battlegrounds, as well as minor improvements across the board. 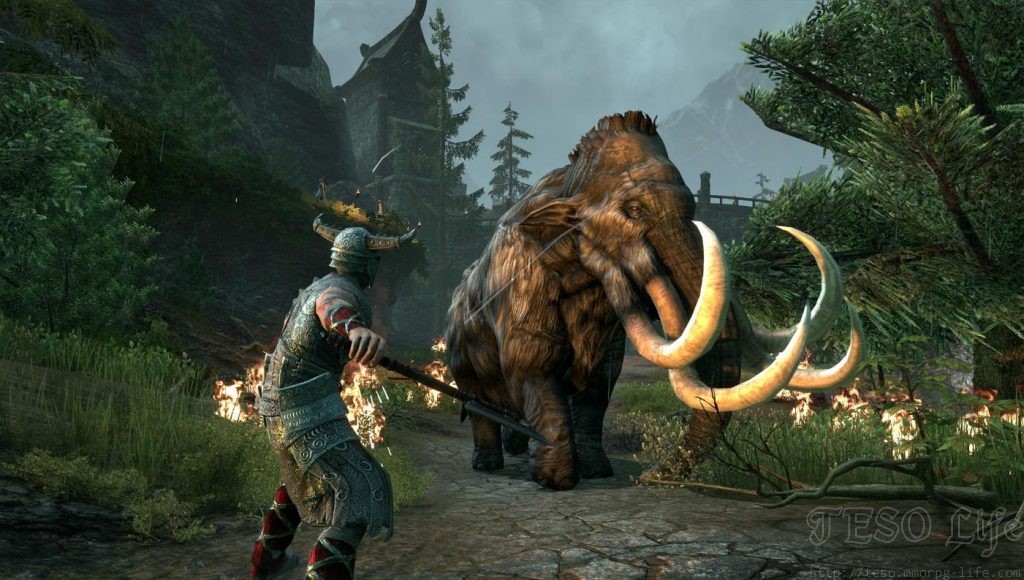 The DLC will be available to all ESO Plus subscribers, while those who are not will be able to purchase it at the Crown store. It will give you access to the dungeons and everything connected to them, but if you want the new Battlegrounds content, you’ll also need ESO Morrowind.

The dungeons are called Bloodroot Forge and Falkreath Hold. The former is an ancient forge hidden in a cave. It was supposedly build by Hircine, and has the power to give birth to weapons of unimaginable strength. The latter is a siege defense set in a stronghold. Your task will be to fight through the invading forces, reach the Jarl’s house and defeat the enemy leader. Both will reward you with unique armor pieces, and both will be available on normal and veteran difficulty.

As for the Battleground content, it will include a new game mode and a new map. The mode is called Chaosball, and it sees the three team fight for control over an orb. The team that holds the ball gains points, but it also drains their HP and degrades their armor. The map, on the other hand, is called Arcane University. As you’ve probably guessed, it’s set in a magic college. It will be mostly indoors, with lots of teleporters.

Although Horns of The Reach will be released in August, it’s going to hit PTS next week, in case you’re interested in an early look.