You can take up to four Morrowind Daily Quests in ESO per day. To start them, you’ll need to complete four prequel quests. The experience and additional rewards are worth the daily commitment, not to mention the vast number of achievement points, and even one title. In general, they are fun to do – at least now, at the start – especially the group boss one.

Where are Vvardenfell daily quests

To unlock the dailies, you’ll need to complete several specific quests. Luckily for us, these quest are not that long, and can be done fairly quickly. Two groups of quests contribute toward either the Ashlander or the Morag Tong Style master group.

The two Morag Tong quests are in the Halls of Justice, in the Temple Canton, southern Vivec City. These quests are considered harder, because they require you to kill a group boss, or find some stuff in the public dungeons. Beleru and Traylan Omoril are responsible for them. Doing them regularly will allow you to progress toward the Morag Tong Style Master general achievement. It’s worth 50 points, and is given for learning all 14 styles. 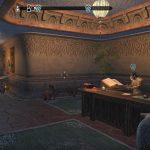 The two Ashlander daily quests are in Ald’ruhn camp, just west from the Red Mountain, north from Balmora. The two quest givers here are Huntmaster Sorim-Nakar and Numani-Rasi. Their tasks consist of hunting down different types of creatures. The quest achievement Ashwalker (worth 30 points and the title of Clanfriend) is given for completing 30 of them. There are also other achievements, like Ashlands Relic Preserver, for completing all seven relic preservations given by Numani-Rasi, Ashlands Stalker, for all seven daily hunts given by Huntmaster Sorim-Nakar and a 50-points general one called Ashlander Style Master, given for learning all 14 styles. 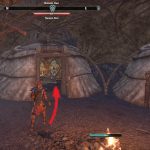 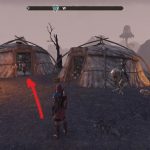 Step 1: To start these, you’ll need to complete the first Morrowind main quest, called Divine Conundrum. This is the quest that takes you to Vivec City and the Palace, where you meet with the warrior-prophet for the first time. He will ask you to get the Blessing Stone and perform the Divination ritual.

Step 2: If you have the quest completed, you now need to find a note called Adventurers Wanted, located at the temple in front of the palace. As you go down the long palace stairs, just continue forward and you’ll get to this note. As you examine it, it will start the quest called A Call For Aid. This one will lead you to the Halls of Justice. As the conversation with Unel Darano ends, the two Morag Tong daily quests will appear in two nearby rooms. 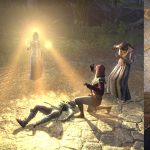 Step1: It is quite hard to forget some parts of “Divine Conundrum” quest. 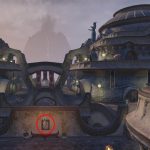 How to start Ashlander daily quests

Step 1: Go to the Ald’ruhn camp, located just west from the Red Mountain. Go east from its wayshrine and talk to Drelyth Hleran to start the Ancestral Ties quest. Find and obtain four worthy offerings, then place them at the designated shrines. The last step of the quest requires you to go to the Hleran Ancestral Tomb and pay respects at the four shrines. Get back to the camp with Dranoth’s Spear and complete the quest. This is also where you complete the Ald’ruhn Annalist achievement.

Step 2: Go to the Urshilaku Camp, in the northwestern part of Vvardenfell, just northeast from Gnisis. There is a small, flat boulder behind one of the white tents, on top of which is Udami. Talk to him to start the Ashlander Relations quest. This is a simple hand-in quest that takes you back to the Ald’ruhn camp. When you complete it, two new daily marks will show up. 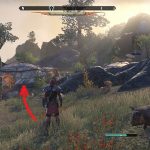 Numani-Rasi is in the tent close by, while Huntmaster Sorim-Nakar is just down the road, toward the wayshrine. Once their dailies are done, you get the Huntmaster’s Recognition container and Gift of Urshilaku Gratitude specific rewards.

How to start Battleground PvP Dailies?

To start the pre-quest for PvP battleground dailies, you need to find a notice board with the quest called “For Glory”. These notice boards are scattered around Vvardenfell. They are found near the towers and in southwestern Vivec City.

For the sake of keeping it simple, go to southwestern Vivec City. There is a battleground camp situated there. Take the quest and speak with Battlemaster Rivyn to complete the first step. The second and final step requires you to complete a Battleground, win or lose. Once it is done, you can finish the task, and the daily quest appears at the same NPC – Battlemaster Rivyn. The starting dailies gave me 2 000 alliance points, some gold and a piece of gear in the mail after each battleground. 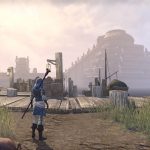 Accept the quest “For Glory”. 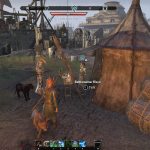