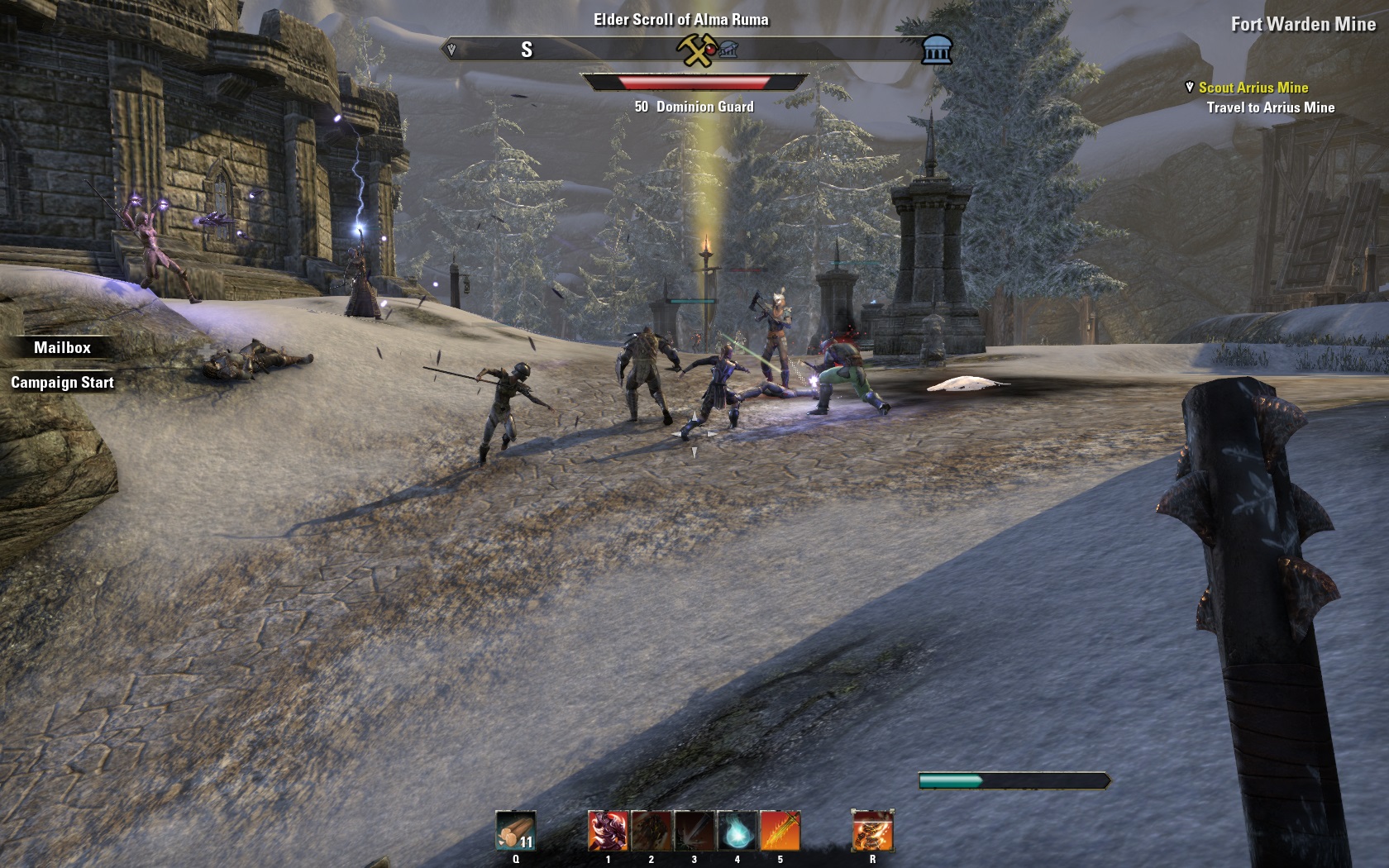 Yesterday was another exciting day for The Elder Scrolls Online, after the press NDA has been lifted for PvP portion of the game. Immediately there was tons of first impressions articles on the web, but if you skipped on reading them, here we’ll offer you a quick look into what members of the media said about TESO PvP.


Tara Long of Rev3Games was mostly satisfied with the depth of PvP battles in TESO, but she criticized spawn system in the game. Tara mentioned that in some situations players will have to walk for 30 minutes to get to the battles, which is too long for MMORPG game. She also mentioned that balancing is not quite “there”, since all NPCs (which you will have to fight along side with human enemies) are level 50 by the default and the battles with them can get challenging. Of course, all that could change with more people online and their help, after the game’s release.

You can watch full PvP TESO first impressions in the video bellow:

Michael Bitton from mmorpg.com was very satisfied with that he experienced so far in TESO. ” I feel Zenimax has put together an extremely solid foundation with satisfying, well-performing PvP gameplay”, he said. One of the things he pointed out in his TESO PvP article was this:

I was still surprised by how well things performed once I finally got to Cyrodiil. I’ve never seen an MMO handle as many players on screen as ESO does without significant performance degradation or visual noise.

In an article published on Massively, Larry Everett wrote about how reaching level 10 and the ability to PvP just takes too long. “I was just disappointed that it took me more than eight hours of gameplay to get to the good stuff”, he said in the article. But he did say that TESO is heading in the right direction:

Parts of the game feel like neither Skyrim nor Oblivion, but it does begin to feel more like an Elder Scrolls game that you can play with your friends once you’ve passed the first 10 levels. It’s not all MMO, and it’s not all Elder Scrolls single-player, but ultimately, it’s a balance between the two. And if you can push yourself past the beginning of the game, it works.

Article posted on The Escapist also noted that Cyrodiil map is really big. “Traveling anywhere by foot can take a long time, and you might want to wait until you’ve been able to invest in a horse before jumping in”, author Paul Goodman wrote. Even though his experience in TESO beta was limited with the number of players in battle not exceeding 30 he said that things could get better and after more players join in on the fun.

Regardless of its current state, however, you can definitely see the potential TESO has for some really enjoyable PvP action once there are hundreds of players all vying for control of Cyrodiil and battling each other in large scale battles. If the idea of fantasy battles on a massive scale piques your interest, you’ll probably want to keep an eye out to see how TESO’s PvP evolves once the game hits launch.

What are your expectations from TESO PvP?

One thought on “TESO PvP – The good and the bad”