Mural Mender is one of the new achievements in Elder Scrolls Online. It’s part of the Elsweyr chapter, and it weighs 50 achievement points. In order to complete it, you’ll have to solve a bunch of riddles and find 16 mural fragments, which will allow you to repair the ancient Rithana-di-Renada mural in the House of Histories. If you’re not interested in solving the riddles, this guide will show you all 16 Mural Mender fragment locations. 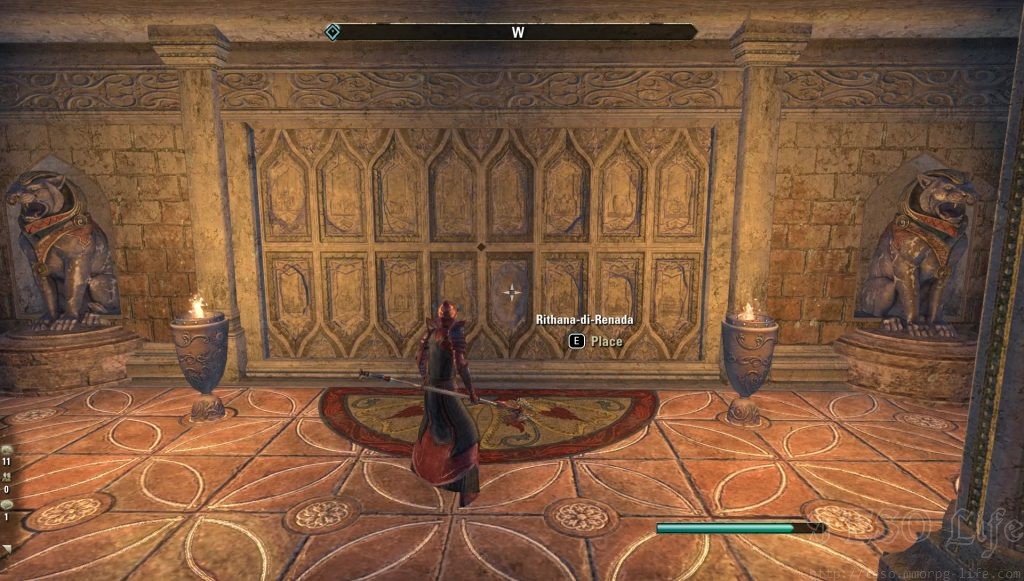 Before you can begin collecting the fragments, you’ll have to complete a quest called Song of Kingdoms. Go to Riverhold and head into the House of Histories. Go into the basement and talk to Iraya, the curator. She’ll tell you about the mural pieces being stolen and ask for your help. If you accept, she’ll give you a hint to help you get the first piece.

It will all be nicely marked on your map – you’ll have to go to the Tomb of Serpents, east of the city. After you explore it, you’ll find the Anequina fragment, and a ghost will tell you how you’re supposed to find the remaining fifteen. Go back to the House of Histories and present your findings to Iraya. She’ll give you the book filled with hints that point towards the locations of the rest.

The book with the clues is supposed to point you towards the remaining fragments, but the hints can be hard to decipher. We’ve already put in the work, so if you’re not interested in riddles, just scroll down and you’ll find the locations of all the other fragments.

Travel to the Star Haven wayshrine, southwest of Riverhold. There is a delve north of the wayshrine called Abode of Ignominy. Head inside and go to room with the altar, in the northeast. That’s where you’ll find the fragment.

Teleport to the Hakoshae wayshrine, in the northeastern corner of Elsweyr. Head directly north, and you should run into a place called Rimmen Necropolis. It’s a public dungeon. Go to the room in the southwestern corner of the map, the one where the Forge Guardian boss is. You’ll find the fragment there.

On the outskirts of Rimmen, by rebel’s camp
Ruins sit crooked atop a hill
Khenarthi waits within them

Go to the city of Rimmen and stand at the south gate. If you follow the walls a bit to the east, you’ll spot some ruins south of the city. The fragment will be there, but be careful – there are a couple of nasty minotaurs there.

East of a starry haven
Atop a hill, beneath stone arch
Dune is shaded from the sky

Travel to the Star Haven wayshrine southwest of Riverhold, then head east. Once you’ve passed the crossroads, keep looking to your right. You’ll spot a big stone arch soon enough. The fragment will be under it, as will a big scary ogre.

Beneath the ground, atop a mesa
Between white bones and chest of treasure
Verkarth has been tucked away

You’ll find this one at the Predator Mesa, on the western edge of the map. Once you enter the delve, head northeast, to the boss arena. There’s a cave below it – that’s where you’ll find the fragment.

Follow the road southwest from the Star Haven wayshrine until you see some ruins on the right. Go to the cliffs behind them and look for a narrow passage. Follow it and you’ll find the fragment next to a tree.

On the path west of Merryvale
Past hanging bridge, up stone stairs
Pellitine waits between twin flame

Teleport to the Scar’s End wayshrine, in the southwest part of the map. Follow the road east until you’re past the striking locale, then look to the left. At a certain point, you’ll see a long staircase leading up to a tiny temple. Get up there, and you’ll find the fragment inside.

Spawn at the Hakoshae wayshrine, south of Rimmen. Follow the road northwest until you reach the Scar’s Edge group boss. The last platform on the right before the boss arena is where you’ll find the fragment. You won’t see it from a distance, but it’s on a grave next to a single minotaur.

This one is hidden in the Bone Pit, the ruins north of Orcrest, in the middle of the map. Climb to the top of the hill overlooking the ruins, then head down the slop on your right. You’ll soon reach a tent with some Enthralled Zombies near it. The fragment will be in the tent.

As the name says, this one’s in Orcrest. When you enter the city, keep to the left wall. After you’re well into the area with the Flame Atronachs, you’ll spot a small stone shrine. The fragment will be next to it.

This one’s also near Orcrest. It’s to the east, east of the Weeping Scar harborage. Look at the giant ornate bridge, then turn left and jump down the cliff. You’ll find the fragment between three baobab trees.

West of the Stitches, in canyon brown
Four pillars form together
With Helkarn at their center

Go to the Stitches wayshrine and head southwest. Once the dragon arena is in view, look for a canyon leading further into the cliff on your left. Follow it, and you’ll end up in a clearing with tall stone pillars. You’ll find the fragment on the ground.

At the center of the jungle’s tangle
A pillar stands, a pillar falls
And Bruk’ra soaks in cool waters

Teleport to the Tenmar Temple wayshrine, in the southeastern corner of Elsweyr. Follow the road north until you reach the Tangle delve. Go inside, and head into the lower central chamber – the flooded one, below the throne room. You’ll find the fragment behind the broken pillar, in the water.

Go back to the Tenmar Temple wayshrine and enter the temple courtyard. Stand in front of the temple entrance and look to the right. You’ll see a giant Khajiit statue there. The fragment will be behind it.

Teleport to the Scar’s End wayshrine, in the southwestern corner of the map. Follow the road north until you’re right before the ruins. Turn left at the last lantern and climb up the hill. Look for a wide tree stump – that’s where the fragment is.