Forgotten Wastes is a public dungeon in Vvardenfell, the area from the ESO Morrowind expansion. Forgotten Wastes Conqueror is an achievement you get for defeating all five bosses in it. It’s worth 50 points, and you can find it under the exploration tab. There’s another trophy, called Forgotten Wastes Vanquisher, which requires you to find and kill only three of the champions in the dungeon, rewarding you with 10 points. 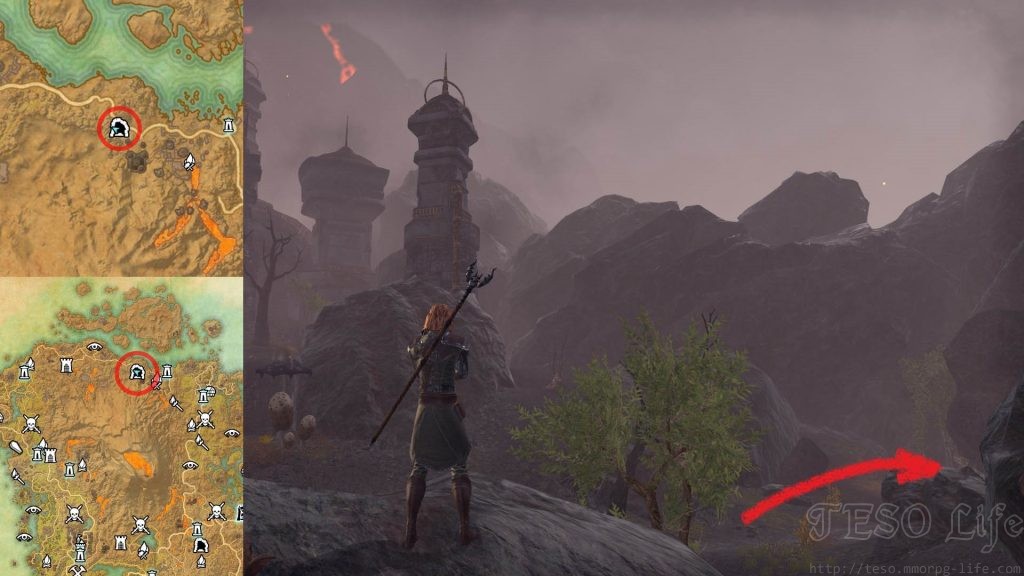 The Forgotten Wastes public dungeon is the northernmost one in Vvardenfell. You’ll find its entrance north from the Red Mountain, just west from the Valley of the Wind wayshrine.

If you are on the hunt for the achievement, this should be your first boss. She is located in the first dungeon room. Go down the left path just as you enter. There are many weaker striders here. Cliff Strider Matriarch is found in a small cave just right from the road in the south. There is a small path that leads to it. The first time you come here, the boss will fly over your head – it looks rather cool. She doesn’t spawn any adds, but has strong AoE attacks. 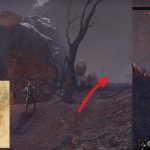 This should be your second boss. Head south from the previous boss’ location, toward the Kora Dur area. This molten giant is located in the southwestern part of Kora Dur. His strong attacks cost me more than one shard. Use the size of the room to your advantage. 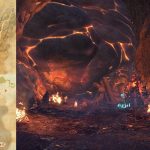 This is where your path branches, but it was my third boss. Leave the Kora Dur area and go to the other exit, north toward the Caverns of Kogoruhn. This is the largest part of the dungeon, and one where you can get the “Heaped onto a cart of stone left on a precarious perch” skyshard.

Go toward the lowest level of Caverns of Kogoruhn, in the west. Just before the part where the arrow points out, there is a small hallway that leads to the northwest. In this area, you’ll find a balcony with a door. Beckoner Morvayn will jump down just below it. Wait for him here and deal with him. He will spawn shortly after the enemies start gathering under the balcony. 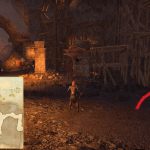 Go inside this tunnel. 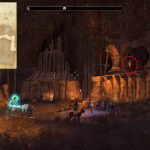 To get to this group of bosses, you’ll have to leave the previous boss area and go west. Go thorough a door in the southwestern Caverns of Kogoruhn, where the arrow shows a way out. The next area is called Forgotten Depths. As you go down the stairs, you’ll spot a large platform with five bells. This is where the Echoes of a Fallen House quest leads, the one where you have to ring the bells in the correct order to open the door.

There is a slightly smaller platform in the west. The bosses will spawn on top of it. There are no other enemies next to them, and you can just wait for them in front of the stairs. 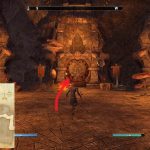 Enter the deepest part of the dungeon. 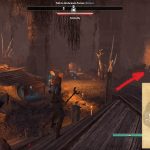 Group of the three bosses.

The last boss on our list is located inside Drinith Ancestral Tomb. Go to the south from the previous boss, and through the door. This will take you to the first dungeon room – don’t worry, this is all according to plan. Head toward the dungeon entrance. Look to your right, or to the south, just before the crossroad, and you’ll see what looks like a shrine entrance. Go through it, and you’ll find yourself in Drinith Ancestral Tomb.

Voracity is by the wall in a room to the south. If it weren’t for the health bar, you wouldn’t even know the boss was there. He casually leans against the wall – it is almost like he’s relaxing. Might be one of the funniest places I’ve found bosses in. 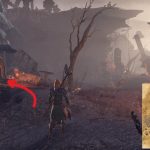 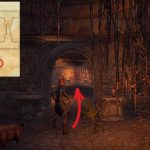 Voracity is casually chilling on a wall.