As the expansion’s release date draws near, we’re hard at work updating the site. One of the first things we’ve decided to update is the Skyshard locations map. It has been missing several areas for some time, and it was high time we rectified that. The map is now finally complete, with all the areas from the base game. We’ve added Hew’s Bane, Wrothgar & Gold Coast Skyshards to it, and we’re ready for the expansion to go live. 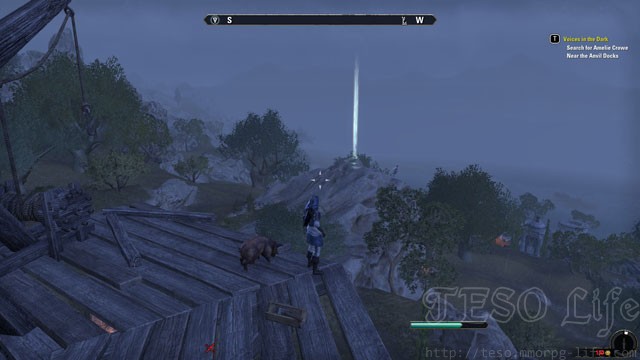 Hew’s Bane is an area added in the Thieves’ Guild DLC. It’s a small peninsula in the south of Hammerfell, and there’s only one city on it. There are six skyshards to find there – this translates to a paltry 2 skill points, but they’re fun to hunt down.

Gold Coast was added in the Dark Brotherhood DLC. It’s another relatively small zone, located in the west of Cyrodiil. It’s reasonably dense, with a lot of stuff to do and places to visit – most notably the city of Kvatch. There are only six skyshards here as well, scattered around the wilderness and dungeons.

Wrothgar is the biggest of the three. It was added in the Orsinium DLC, and it’s located in High Rock. You can find 16 skyshards in this area, as well as a bunch of quests made for solo players first and foremost. There’s a lot to do in this zone, so it might take a while before you get to collecting the shards.

So there you have it. You can now use our interactive map to get all the skyshards before the Morrowind expansion goes live. When it does, we’ll be adding the Vvardenfell skyshards as well, to complete the map. Stay tuned and we’ll help you collect them, so you can get the highest possible amount of skill points. Because what is a warrior without skill points?