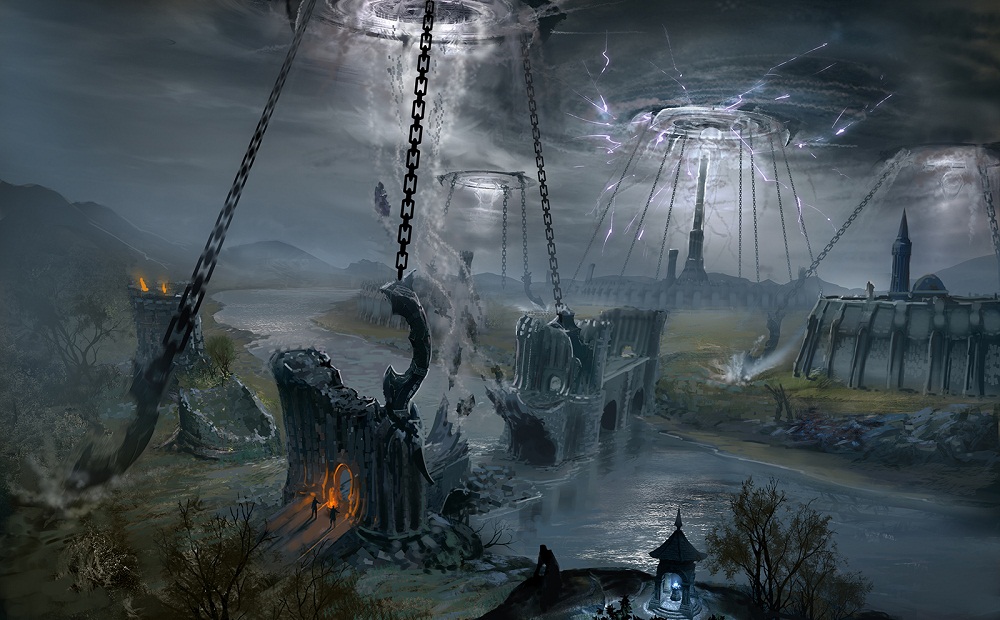 Dark Anchors are the key ingredient in the dark plan of Deadric Prince Molag Bal to pull Tamriel into Oblivion. They can be found all throughout the world of Tamriel and their presence will bring despair and darkness in each part of the world. The player and hi, or hers, allies will have chance to send them back to Oblivion, where they belong, saving thousands of innocent souls by accomplishing this task.


Zenimax Online Studios had specific idea how Dark Anchors will look like in TESO. They wanted them to be enormous and intimidating, to clearly tell the player that world of Temriel is in terrible danger and something has to be done quickly. Interestingly, their initial design was changed, because they wasn’t horrifying enough! Now, they are something that players will remember and fear. 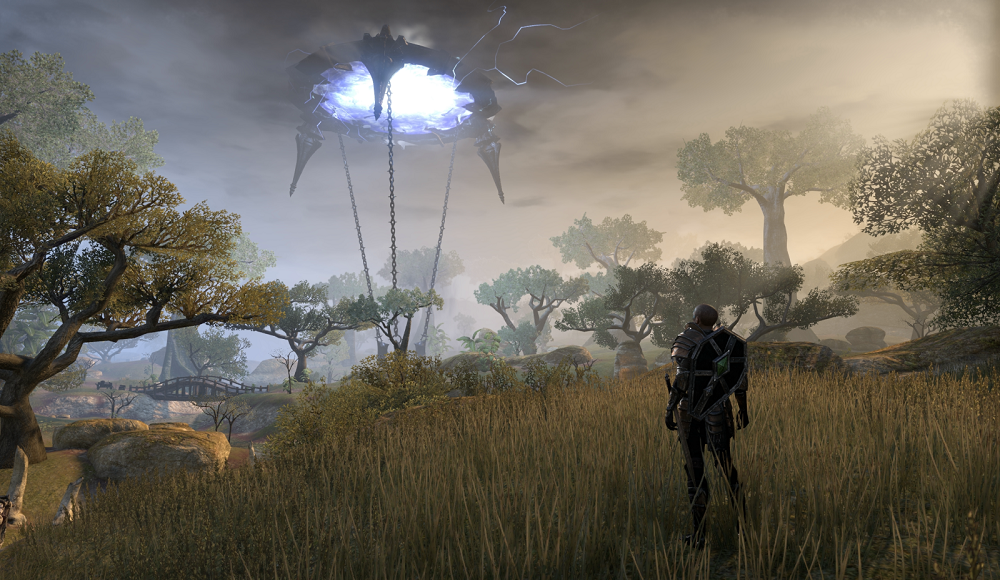 Even the sound design was done with care to reach specific atmosphere in the game. A lot of effort was put into sound effects that will enhance the horror and felling of nearing Apocalypse. Even during battle, players will be able to hear Molag Bal taunting and haunting them.

Winning this encounters will be beneficial for players. Players can expect great rewards, so hunting down Dark Anchors is recommended. The official Elder Scrolls Online page hinted this:

We don’t want to ruin the surprise, but you’ll have plenty of reasons to send the Anchors back to Oblivion, from helping out the Fighters Guild to a set of achievements, special cosmetic gear, and more. It’s important for us to make sure you get a sense of both accomplishment and worthwhile rewards.