Ancestral Tombs are sacred burial grounds in ESO Morrowind. The “Ancestral Tombs Hunter” general achievement worth 50 points is given to those that collect them all, and hand the quest back to Librarian Bradyn. There is even a quest that starts to introduce you to this subject, but the objective only marks one of the tomb locations. Other than the achievement points, you’ll gain additional experience points for the two quests, as well as some juicy prizes. Our ESO Morrowind Ancestral Tomb locations guide will help you find all 30, so you can get the rubbings and find the Lost Library.

Librarian Bradyn is found in the Library of Vivec. This library is located in the southern part of Vivec City, just north from the Shrine and its Wayshrine. Go through the doors at the ground floor and talk with Librarian Bradyn. He will give you the quest: “The Ancestral Tombs”. 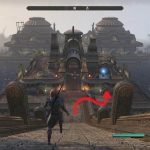 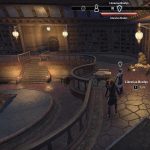 This quest will lead you to the Othrelas Ancestral Tomb Plaque, number 13 on the list. Once you take the rubbing from the Plaque, and return it to Librarian Bradyn, he will inform you about the existence of 29 more tombs.

All thirty Tombs have unique names that represent a part of Vvardenfell. You can either collect them all in one go, or pick up the ones you’ve missed later on. Before you head to the hunt, keep in mind that you need free inventory slots for each tomb, as you take rubbing off of them. You don’t need to speak with Librarian Bradyn 30 times though, once will be enough if you have them all.

Once you collect them all, speak with Librarian Bradyn and give them all in. He will give you the next quest called “Lost Library“. This quest takes you on an interesting journey that the 30 plaque rubbings from the tombs started. The additional prize comes in the furnishing Vvardenfell scale model.