If you want to level up fast in ESO Morrowind, you’ll have to farm a bit. There are certain spots which give the best results. These spots are the best for leveling up fast, especially if you are starting your ESO journey in Vvardenfell. The method relies on experience points from killing enemies. This guide will show you ESO Morrowind best XP farming spots in Vvardenfell.

The best location we’ve found so far is located inside (surprise, surprise) the Forgotten Wastes public dungeon. This dungeon is in northern Vvardenfell, west from the Valley of the Wind wayshrine and the Zergonipal crafting station. Although this place is crawling with enemies, the perfect spot is a bit deeper.

To reach the best farming spot in the Forgotten Wastes public dungeon, follow the path south from the starting zone. Go through the door that leads to Kora Dur. When you’re in the next area, head to the northern part of it. It leads to the Caverns of Kogoruhn – the best farming location. You can also pick up a skyshard here, and kill two bosses for the Conqueror achievement. 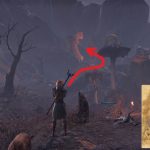 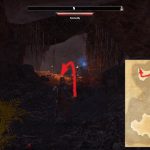 Head into the Caverns of Kogoruhn.

Once you’re in the Caverns of Kogoruhn, head to the lowest level. This is your prime spot. There are four group of enemies here, with another two on the southern balcony. These six groups are ideal for farming experience points. The first group you kill will re-spawn just as you’re finished with the sixth one. Pick one at the far end, kill it and move in circles. 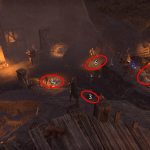 Farm these six group of enemies for the best experience. 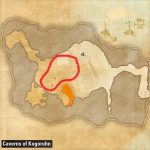 If you are thinking of going into Nchuleftingth, the other public dungeon, which is located in southeastern Vvardenfell, you can also find decent farming spots in there. Some of the groups there are pretty strong. For some reason, we haven’t found that much players in there. Although, this instance has the most beautiful and challenging group event.