Today ZAM published an interesting interview with the Game Director, Matt Firor about The Elder Scrolls Online. So close to the official release, this ESO interview answered few long standing burning questions. However, some potentially revealed another set of reasons for heated discussions.

END_OF_DOCUMENT_TOKEN_TO_BE_REPLACED

Bethesda’s VP of PR, Pete Hines, in an interview for Gamespot said that ESO subscription will give players substantial additions every month.

“We’re also very confident in our ability to support [the sub fee] with content. And not content of the magnitude of, it’s a new month, here’s a new sword or here’s a funny hat — but content that is real and significant and it feels like regular and consistent DLC releases.”

He also claims that ESO will be different from all other F2P MMORPG titles and that its $14.99 subscription will be well worth it to anyone willing to dive in the world of Tamriel.

END_OF_DOCUMENT_TOKEN_TO_BE_REPLACED

The Elder Scrolls Online Twitter page just announced another TESO beta, set for the upcoming weekend (starting on March 14). In a short tweet, they also promised another set of beta invites would be sent tomorrow.

So far, one Beta key worked for all future Beta tests, so it’s safe to assume that it will be the same this time. However, if you haven’t grabbed that beta key, keep checking you email tomorrow, for your best shot to try the game before it’s released and give your feedback to the development team.

NDA is officially lifted, so you can share your videos, screenshots and thoughts about TESO beta, too.

Zanimax Online Studios designed the upcoming TESO Beta to stress test the North American Megaserver, but the developer encourages players from the rest of the world to join in. If you are not from North America, there is an easy way for you to play this weekend’s TESO beta.

END_OF_DOCUMENT_TOKEN_TO_BE_REPLACED

Someone on Reddit posted a rather long patchnotes page for the upcoming TESO beta patch v0.18 that was issued by Zenimax. Some of the fixes and improvements are important and change the game quite a bit. Players can expect the next beta to feel different compared to the test from few weeks ago.

END_OF_DOCUMENT_TOKEN_TO_BE_REPLACED 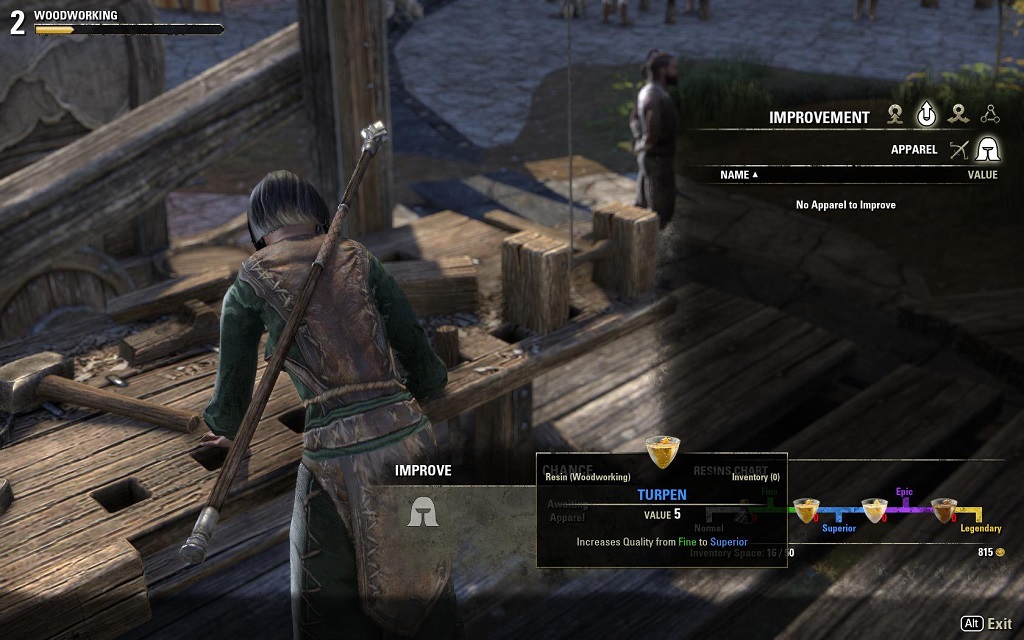 Crafting nowadays is a common feature of an MMO game, but beauty of the crafting system implemented in TESO comes from the fact that it’s exactly what would you expect from an Elder Scrolls game which perfected this part of the gameplay. You’ll find materials to use in crafting professions throughout the world. In cities and other settlements, you’ll find crafting materials in barrels, crates, and other containers. Plants, minerals, mushrooms, and many other materials can be gathered in the wild. If you approach a harvestable resource, you can press “E” to gather it.

You can choose between six professions in TESO:

END_OF_DOCUMENT_TOKEN_TO_BE_REPLACED

According to a response from Zenimax Online Studious to one TESO fan, multiple ESO Subscriptions will be required for all platforms the game is played on. The only exceptions are PC and Mac platforms which can share one account, but not at the same time.

Explaining this decision, the developer said:

In order to play The Elder Scrolls Online on both PC/Mac and console, players will need to have two separate accounts and subscriptions: one for PC/Mac and one for the console of their choice. Players can use both the PC and the Mac game clients on one account, but an account may only be logged in to one machine at a time. However, console megaservers are separated between PlayStation 4 and Xbox One, so players who want to play on both of those systems will need different accounts (and subscriptions) for each console.

This is the move that the most number of players won’t find surprising even though the decision isn’t too convenient for them.

Mass PvE battles are one of the core elements of MMORPG titles and one gameplay element that truly differentiates this genre from others. To conquer Public Dungeons in TESO you will need a team that will play together in an effort to kill enemies and bosses, while getting high rewards in return.

END_OF_DOCUMENT_TOKEN_TO_BE_REPLACED

Official The Elder Scrolls Online page was just updated with the new set of questions from players and answers from developers. They used the opportunity to remind players that they can send more questions through their social media channels or through email sent to community@elderscrollsonline.com and they might appear in some of the next AuA. We are bringing you the full ESO Ask Us Anything article published on ESO official page.